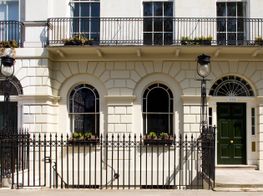 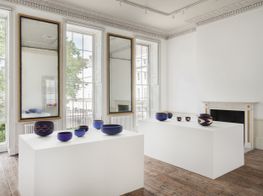 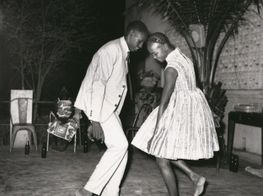 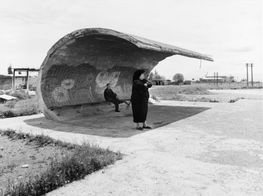 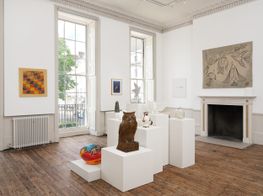 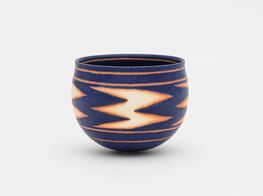 Tristan Hoare, son of the prominent collector of Islamic art, Oliver Hoare, established his eponymous gallery in London in 2009 with an eclectic roster of both emerging and established artists.

'My father pointed out that once you recognise quality in one area you can see it in other areas,' he notes. 'The key is to be interested!'

In 2015, this led Hoare to expand his horizons to ceramics, having spent time in Japan where he encountered a vase by Taizo Kuroda. Holding Kuroda's first solo exhibition in the U.K. in 2018, Hoare has since exhibited ceramicists such as Kaori Tatebayashi and, most recently, Alev Ebüzziya Siesbye.

Painting, sculpture, and photography also feature, with Hoare noting that his most cherished artwork is a small portrait by Malick Sidibé, which he acquired upon a visit to the artist's studio in Bamako, Mali.

A photograph by the artist also features in Hoare's selection below. 'You can tell a lot from Malick's photographs. The poses, the props, the expressions unlock the story,' he notes. 'In the streets of Bamako everyone is smiling, and in the photographs they are serious. I feel it's the other way around in Europe!'

Needless to say, Hoare represents artists from across the globe, with German photographer Ursula Schulz-Dornburg being the gallery's first exhibiting artist, with a snapshot of a bus stop in Armenia by the artist being the first artwork Hoare ever bought.

On recent artist discoveries, Hoare points to Emilie Pugh and Aimée Parrott—both of whom will be included in the gallery's summer exhibition opening on 9 June, and share unique approaches to material.

'Emilie searches for the best quality Japanese paper and uses fine tools to burn the paper making marks, formations, and holes. It's a long, mediative process,' Hoare notes, while 'Aimee layers the surface with colour and form and stiches different materials on her works.'

Finally, when asked if there is an artwork he dreams of collecting, Hoare returns to ceramics, with an 18th-century Korean moon jar, 'made by combining two separate halves while the clay is still wet. The resulting form is full of subtle irregularities that change all the time. The early ones are hard to find and in Korea are more expensive than a Picasso!'