Dated from the year the first Apple Macintosh was produced, Haring's monumental four-part canvas envisages the tech-driven chaos that was to overwhelm our world over the course of the next few decades. 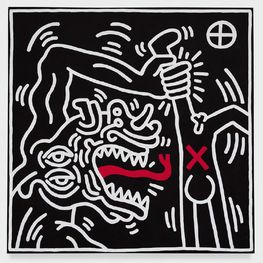