Francis Bacon's retrospective at the Royal Academy is nothing short of extraordinary.

The group of triptychs in the penultimate room, featuring his famed Second Version of Triptych 1994 and moving Triptych August 1972, painted in response to the suicide of Bacon's lover, George Dyer, were particularly phenomenal. 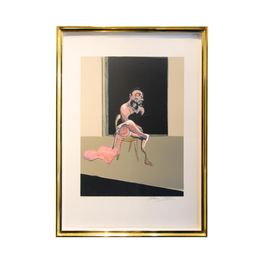