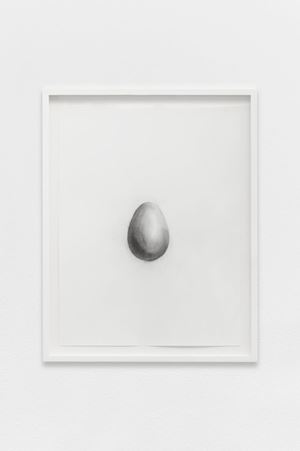 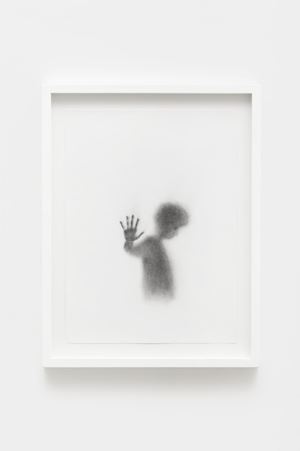 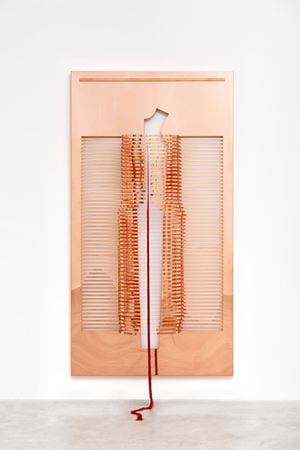 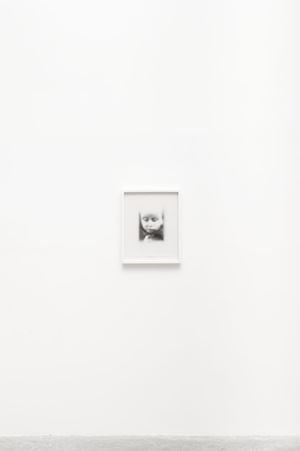 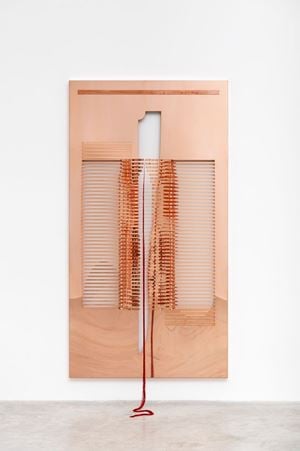 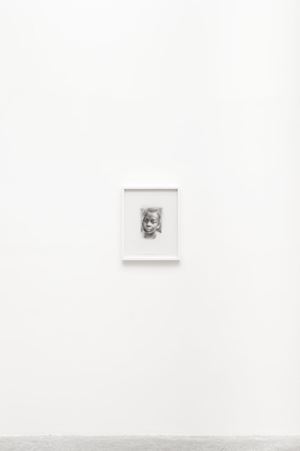 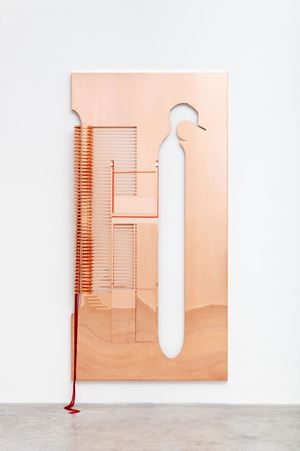 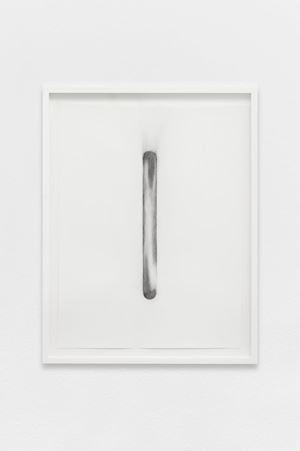 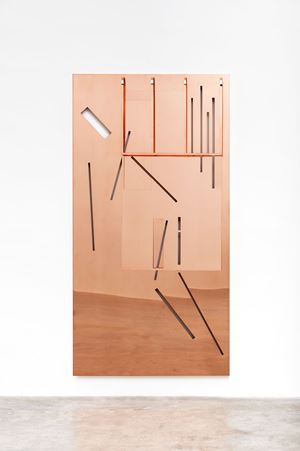 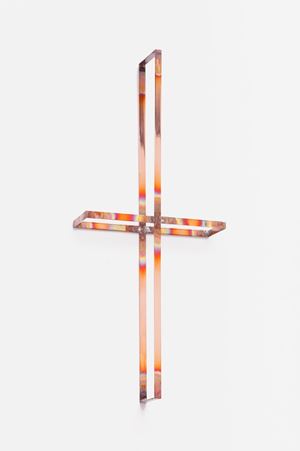 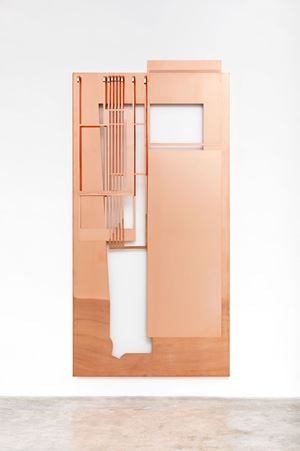 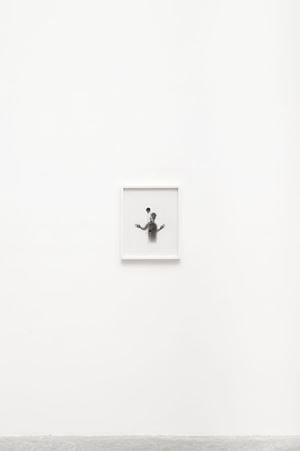 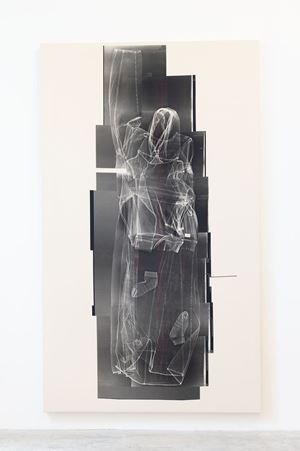 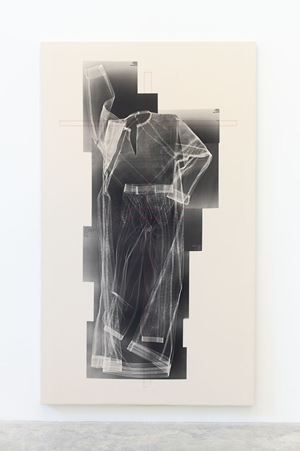 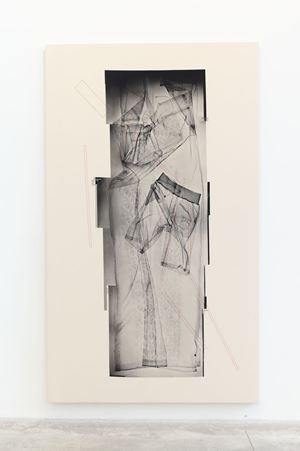 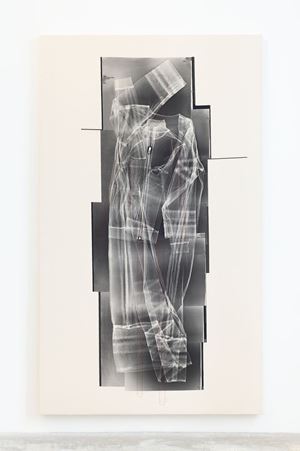 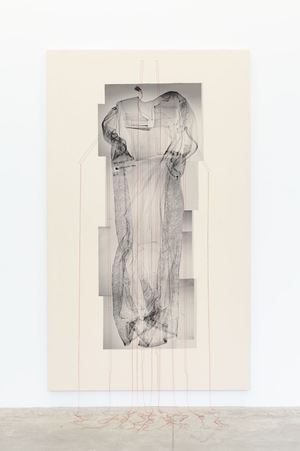 Swiss Psychologist Jean Piaget (1896-1980) advanced a theory for child cognitive development marked by four stages. Around age 12, in the final stage, children gain the capability for abstract thinking. This moment of development is a central preoccupation of the artist Tarik Kiswanson, whose most recent work extends his reflection on his own coming of age as a first-generation immigrant in Sweden through an engagement with adolescents who share similar experiences of social alienation and adaptation. Through conversation, performance, and process, Kiswanson has developed new bodies of work about what it means to come of age and to comprehend the abstract layers of one's own self: hybrid identities, multiple languages, and memories of a place or places never visited.

Titled Vessels, this exhibition is an immersive installation of new wall works, drawings, and a new film titled The Reading Room.

The first room of the exhibition contains Conductive Bodies (2019) a new process-oriented series of abstract wall-hung sculptures made from incising clothing pattern-like forms from copper sheets and connecting sharp cut out forms with thin thread to create abstract shapes held by precarious tension. In these works, the artist takes an intuitive approach to materials, creating cocoon-like forms that hold and charge its own negative spaces.

In the following room, one encounters the film, The Reading Room (2019), a poetic and fragmented meditation on the question of home and identity as abstract ideas and questions: what does it mean to return to or search for something you never experienced? The Reading Room is filmed in the Edward Said reading room at Columbia University in New York City, which houses the personal library of the late Palestinian intellectual and theorist. The main footage of a young boy waking up in the library and stuttering as he attempts to read, is cut with archival photographs and animations of a boy who shape shifts and travels across time and space. The scenes are filmed through the eyes of a child, superimposing different shots to form blurry images trying to come together to form memories.

Kiswanson's original drawings and studies related to the animations are included alongside the film. Both abstract and figurative, the character from the film appears in these works on paper, but as a ghostly presence.

There is a second series of wall works titled Passings (2019), which were developed during his recent performance Dust (2019) at Centre Pompidou in Paris, for which he produced unique textiles out of radiological scans of 300-year-old traditional Arabic dresses loaned from the Tiraz Foundation in Jordan, overlaid with clothing belonging to his young performers. These works include new details, such as writing by the artist which are visible in this presentation of the fabrics as stretched canvases.

In all of these works, there is drive to process the past through archives, emotions, and experiences, to create a future identity beyond categorisation and borders, through the use of poetry. The pre-adolescent mind, developing a capacity to teeter out of the concrete and into abstraction serves as an entry point into an abundant, possibly endless consideration of what it could mean to be at home in the world and in one's self.

Sign up to be among the first to know when new exhibitions by Tarik Kiswanson or at Almine Rech open.