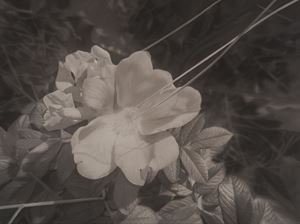 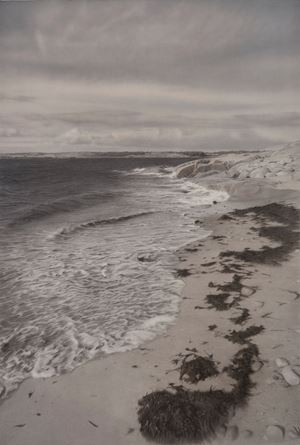 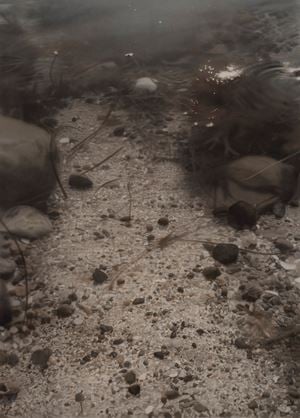 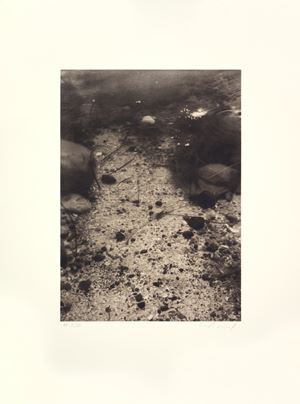 It is with great pleasure that Andréhn-Schiptjenko presents an exhibition of new paintings by Gunnel Wåhlstrand. The exhibition is her first in Paris and her fourth with the gallery.

For many years, Wåhlstrand has worked exclusively with what could be described as a re-development of private photographs using ink-wash. This technique, that she masters to perfection, is a manner of painting where tonality and shading is achieved by varying the ink density, both the ink load and the pressure within a single brushstroke. Once a stroke is painted, it cannot be changed or erased.

Her body of motives has previously consisted of images from her family photo album, and the close connection between life and art is intact when Wåhlstrand in her new works chooses to leave the earlier albums behind and focus on images she has taken herself.

Wåhlstrand’s depiction is a deeply personal process yet has a universally affecting presence. The procedure of making this meticulously reconstructed documentation is painstakingly slow—the precise and demanding technique commands a very spare production—and physically taxing. Wåhlstrand literally works on hands and knees, immersing herself in an image in order to see it, as a way for her to physically and psychologically approach a personal history or place. These most recent works are renderings of a place of personal history and resonance, by the sea on the westcoast of Sweden.

This is the turning point. The end of the walk through the woods and out on the cliffs. Towards the end of the day this is where the sun sets. It is a small wedge of sand by the sea. It used to be under water. I have this old hand drawn chart where this wedge is not marked. The thought of this place, and the way there has become a sort of mantra leading me straight to the essential. When I am actually there it is merely a beautiful spot, but the memory of the place is so much more. Within recreation lives the hope of eternalisation, and the wish to understand and be fully immersed in the landscape. Every layer is a repetition, and by the end I know it by heart. I only need to close my eyes to be there.

Three sections of this immense island I never get tired of. I have climbed these rocks for over 40 years now, but still get surprised. There are several paths through the woods leading out to different parts of the waterfront. The forest is dense, and smells of pine and heather. You keep on walking and suddenly the path ends and you are faced with the ocean, and in a way yourself.

Gunnel Wåhlstrand (born 1974) is represented by Andréhn-Schiptjenko since 2003, the same year she graduated from Royal Academy of Fine Arts with an acclaimed graduation show, and has since then developed an exceptional œuvre. She lives and works in Stockholm, Sweden. Her most recent institutional solo-exhibition was at Göteborgs Konstmuseum in conjunction to the Sten A Olsson Cultural Scholarship (2019) and prior to that at the Museum Boijmans Van Beuningen, Rotterdam, the Netherlands and Magasin III Museum & Foundation for Contemporary Art, Stockholm, Sweden (both 2017).

Sign up to be among the first to know when new exhibitions by Gunnel Wåhlstrand or at Andréhn-Schiptjenko open.