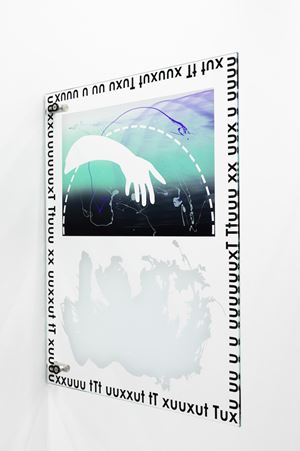 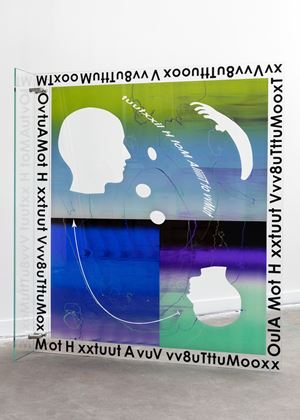 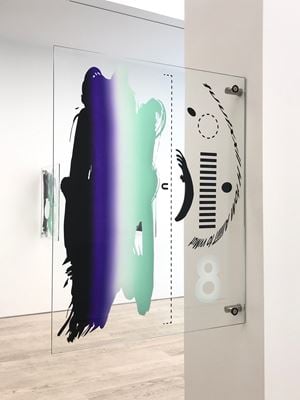 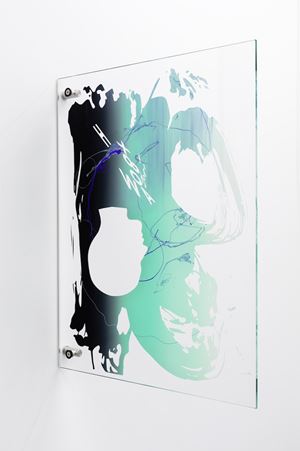 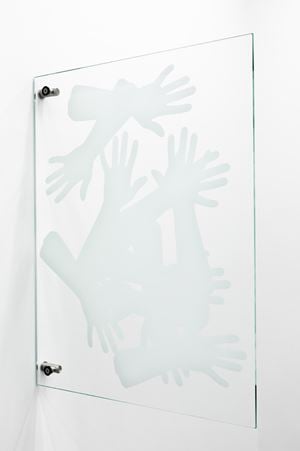 José León CerrilloPoem (someone of something by someone or something else), 2019Silkscreen ink on low-iron tempered glass
95 x 75 x 0.9 cm Andréhn-Schiptjenko Contact Gallery 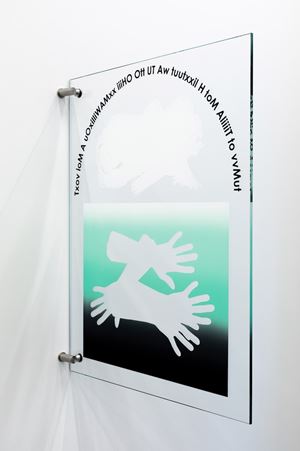 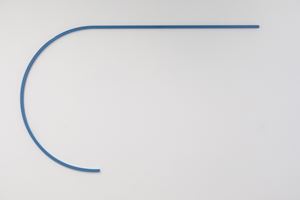 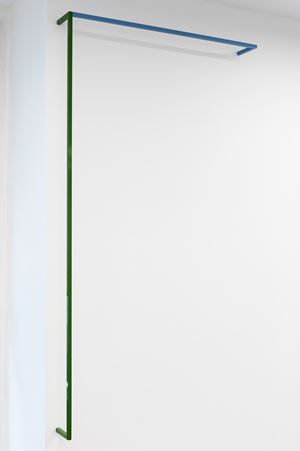 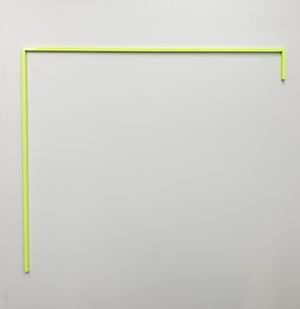 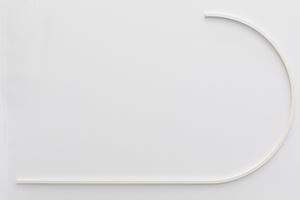 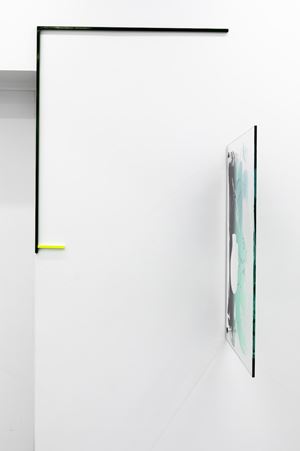 Using language, a system of meaning with inherent flaws and implied power structures, as a starting point and drawing from different sources (psychoanalytic theory, graphic ideologies, geometric abstraction) Cerrillo continues his exploration into the possibilities and contradictions of thinking about abstraction through a wide range of media, from printed posters to sculpture, installations and performance.

Cerrillo's work is usually structured serially. This not only allows the work to be an ongoing investigation, an open set, but also admits for the possibility of a retroactive reading. Past scenarios can be reused and rethought. By changing its fixed status, past work becomes material for new work, new work that in turn has the possibility of affecting the way that the original work is understood. The future helping the past. The present exhibition consists of new work from two ongoing series, 'Poems' and 'The Commands'.

'Poems' began as a silkscreen series that compiled an alphabet of sorts from different symmetric letters and numbers, basic shapes and seemingly mathematical symbols. This alphabet allows for a particular graphic system of composition that, although unlimited in its combinations, limits forms to a specific archive. This applied logic is combined differently each time, allowing for mutable formats and media but always pointing to or making manifest the possibilities of meaning through repetition: the jolly jolt of interpretation as form. The series 'Poems' have taken on different media in past projects: from silkscreen on glass, canvas, and marble to more sculptural solutions in concrete, wearable rain-proof jackets, or architectural outdoor pavilions. For this exhibition Poems have gone back to their origin as silkscreen on glass.

Cerrillo´s sculptural practice has been a way of de-centring or rethinking the subject, always through a preoccupation with abstraction. His past series 'New Psychology' (large free-standing metal frames and screens), tackled problems of spatial perception partly by deceivingly becoming flat or invisible depending on the viewing point. The new series 'The Commands' seemingly abbreviate this by becoming a relief, part sculpture/part mark on the wall. An exploded 'New Psychology' structure that inversely confirms its materiality by flattening out. A shadow that becomes a gravity drawing.

Where the 'Poems' assemble a future archive for use, 'The Commands' disassemble past structures. An auto-cannibalism of sorts that remains a key operation in Cerrillo´s practice.

José León Cerrillo (born 1976) lives and works in Mexico City. He received his BFA from the School of Visual Arts and MFA from Columbia University, both in New York. Recent projects include Okayama Art Summit, curated by Liam Gillick and the Gwangju Biennale, curated by Maria Lind, in 2016, Domaine du Muy, in 2017, The New Baroque at Andréhn-Schiptjenko, Stockholm (2017), Futura at joségarcia, mx, in Mérida, Mexico (2018) and The Commands at Andréhn-Schiptjenko, Paris (2019).

The Commands (switch between)

Sign up to be among the first to know when new exhibitions by José León Cerrillo or at Andréhn-Schiptjenko open.
Sign UpLogin