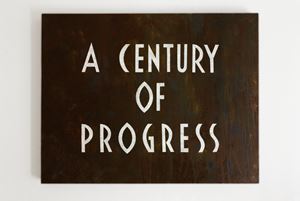 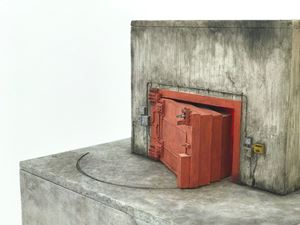 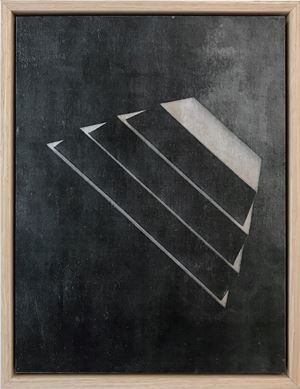 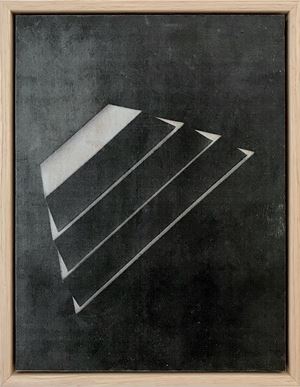 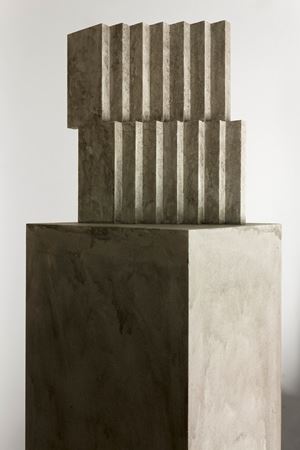 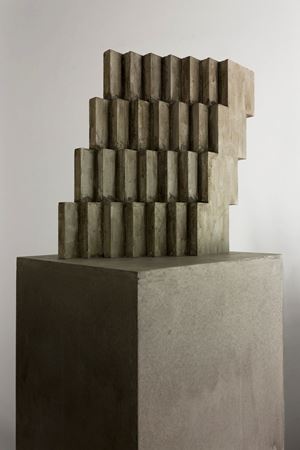 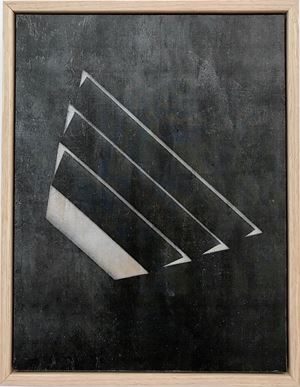 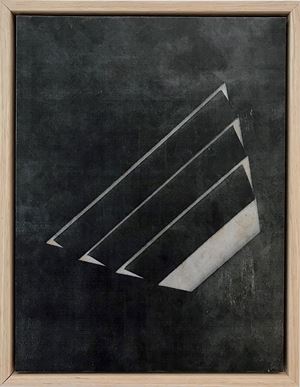 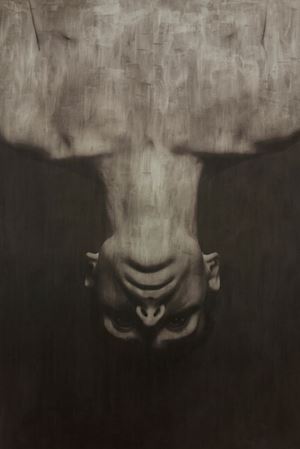 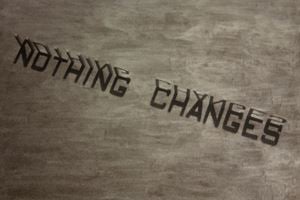 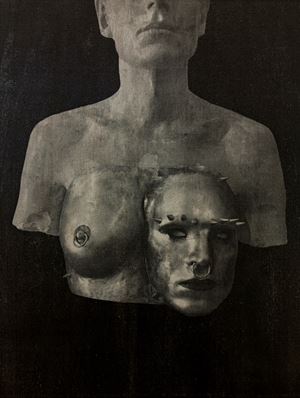 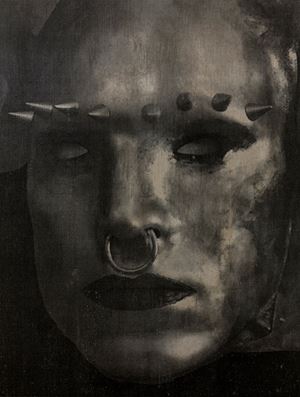 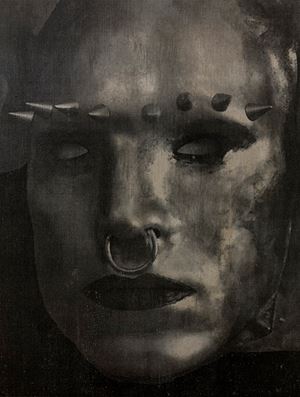 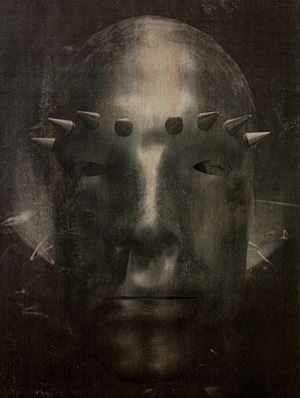 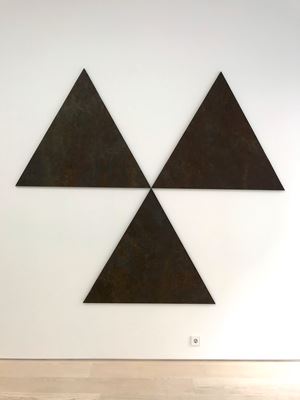 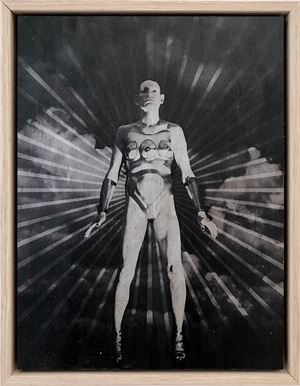 Andréhn-Schiptjenko is pleased to present Tobias Bernstrup's fourth solo-exhibition at the gallery, Night in the Science Zone. The opening takes place on 1 October, 5–8 pm in the presence of the artist.

Tobias Bernstrup has been working internationally for twenty years and has been noted for his pioneering works influenced by computer games as well as his transgender musical performances. The future, technology, androgyny and queer aesthetics are reoccurring topics in Bernstrup's works which operate in the realm between the virtual and the real, with a fascination for the dystopian landscape which he throughout the years have explored in various media.

In Night in the Science Zone, Bernstrup fuses historical references and events with fictional elements to critically examine our civilisation in which truth and fiction are closely intertwined. The optimism of the 20th century and the post-war era meet visions about the future and fictional dystopias from computer games. In images and miniatures, where bomb shelters and the control of forces created by mankind are in focus, Bernstrup here explores architectural, modernist monuments which point to both the utopian potential and the dystopian reverse of science.

The world's heaviest door, weighing 44 tonnes, is located at the Lawrence Livermore National Laboratory in California and was constructed for a particle accelerator at the facility. In itself, the door is a mere practicality, created to protect and to control the power of the accelerator, but the imposing size makes it an unintentional monument over the possibilities and progress of science. In the current exhibition this door occurs in the sculpture A Resonance Cascade and the image series 'Alfa, Beta, Gamma, Delta'. In Bernstrup's interpretation of this unintentional monument there is, however, an ambiguity and an underlying, dystopian threat: the door stands ajar and a red warning light is seen flashing behind it. The destructive potential of science is also referred to in the title A Resonance Cascade, which refers to a fictional phenomenon in the computer game Half-Life where an experiment results in a disaster which tears up holes into other dimensions and realities. Symbols for protection also occur in the large wall-relief Trinity, consisting of three large, rusty triangles, forming the symbol for a nuclear bomb shelter. Trinity was also the code name for the world's first atomic bomb test which took place outside the city of Alamogordo in New Mexico at 5:29 am on 16 July 1945.

Throughout the 20th century, different political ideologies have propagated for their vision of utopia. What this vision of utopia encompasses, on an individual and on a societal level, differs depending on the sender which is illustrated in the quote 'I have seen the future'. The quote has given title to one of the works in the exhibition where the artist's naked torso has been portrayed upside-down, illuminated like a building in the night, and can from afar also be perceived as a mushroom cloud from a nuclear explosion. The quote derives from the American journalist Lincoln Steffens comment 'I have seen the future and it works' after he visited the Soviet Union in 1919. Twenty years later the quote once again resurfaced in the public consciousness, but in a contrasting context, when General Motors at their exhibition Futurama – Highways and Horizons at the New York World's Fair 1939–1940 had printed pins with the quote 'I have seen the future' which the visitors where given at the exit. With the 20th century now in hindsight, it is clear that both visions of the future had their limitations, but on a daily basis we still encounter the philosophical and architectural heritage of these movements. In Night in the Science Zone, these architectural environments occur as miniatures of derelict bomb shelters, stairwells and brutalist, concrete constructions associated with socialistic monuments.

Identity and self-presentation have always been central in Bernstrup's practice. By physically recreating his digital avatars in performances and images, Bernstrup has since the 1990s explored the division between the digital and the physical representation of the self and its transgressive, queer potential. In the series 'Rainbow Warrior' a torso is seen clothed in a metal-like armour, decorated with the artist's face, which takes the place of a breast with piercings and studs. The images are composed through an analogue transmission of coal from laser prints on panels painted with acrylic colour, which give a palpable low-tech feeling, as if they were artefacts from a bygone time.

Night in the Science Zone

Sign up to be among the first to know when new exhibitions by Tobias Bernstrup or at Andréhn-Schiptjenko open.