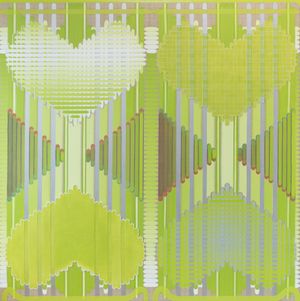 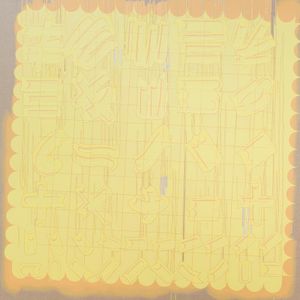 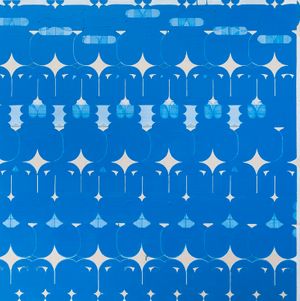 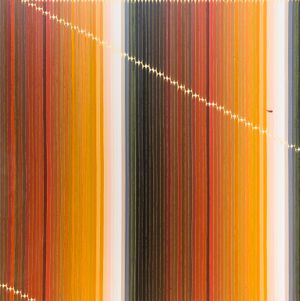 1. The Beauty of the System

Seoul Kim's (b. 1988) canvas is composed of his rules and restrictions. Instead of the free spirit, which naturally comes to our mind when we think of an artist, we are faced with the accuracy and rigor of a scientist or mathematician in research. The audience observes the beauty behind the artist's intricate system, like a detailed automatic clock or meticulously crafted wooden furniture.

Seoul Kim studies various areas such as art history, design, and architecture. He absorbs all information but forgets about them while simply painting with his brush and paint. Like the architect Louis Kahn (1901–1974), 'Every material wants to become something' want to become; Seoul's painting requires the eye for observation and discovery, rather than knowledge to interpret its meaning.

3. The Stroke's Interior and Exterior

The series 'Filbert Family' by Seoul Kim is a combination of strokes created by the oval shape of the filbert brush after moving horizontally, vertically, and diagonally across the canvas. The brush stroke that marks a beginning and end and its surrounding background appears as an arch, half-moon, or even a star when observed in different perspectives. The viewer discovers the beautiful form in the interior and exterior of the intentional and coincidental strokes made by the artist.

4. Painting as Planning, Discipline, and a Critique

Seoul Kim's painting is a serious critique of the basic elements and points of painting. His discovery and realization through the history of visual art from classical to contemporary times are reconstructed into a drawing for a painting, which is completed through continuous discipline, not spontaneous expression. Therefore, Seoul's painting represents the artist's plan itself to study the context of painting tools such as brushes, paints, canvas, and frames.

The small canvases from the series 'Filbert Family' have three-dimensional frames. The frame, which reflects the color and shape of the internal content, repeats the structure of the picture and sometimes combines with the reflector to change the axis of the canvas side. This proves that Seoul's work is a three-dimensional model that can be recognized as a grid system for objects, furniture, and architecture.

The surface of Seoul Kim's painting is the result of a comprehensive analysis of the technology from the past to the present on the tools, materials, and techniques for painting. Seoul's painting can be interpreted as an evolved surface construction technique that is like the experiment carried out by the architects of the time. This outcome is obtained through constant research on the interface of art, architecture, and design; it is the desired result of the previous mind. Compared to artists of the time, this anachronistic painter, ridiculously slow and humble, serves painting as the only god to have faith in and pours out his sincere thoughts that will solidify in the form of the past. It goes beyond the graphics on the surface and depicts structures such as furniture and objects; the complex structure such as the plane and elevation of the building and intersection of the city. Artist Introduction Hyun Chung majored in Woodworking & Furniture Design at Hongik University and received his master's in Architecture from Cornell University's College of Architecture, Art, and Planning. As the founder of SUPERELLIPSE, he collaborates with artists, galleries, photographers, musicians, game developers, and graphic and product designers. He is currently an adjunct professor at the University of Seoul's Department of Architecture.

Sign up to be among the first to know when new exhibitions by Seoul Kim or at Art Delight Gallery open.
Sign UpLogin