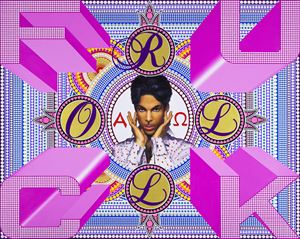 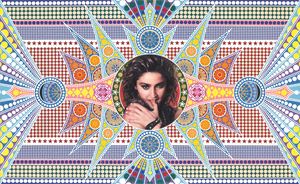 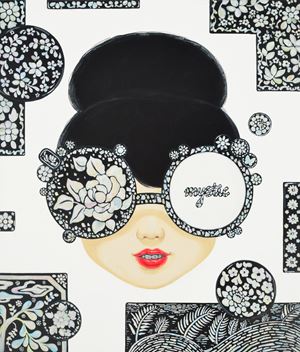 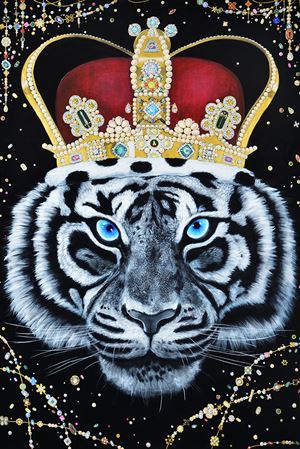 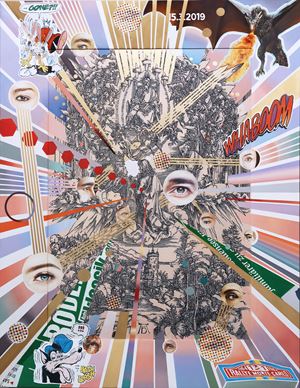 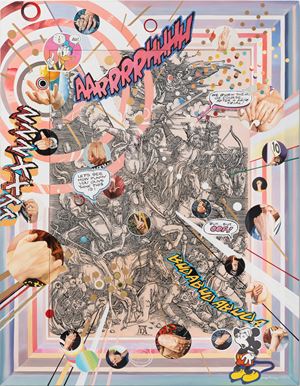 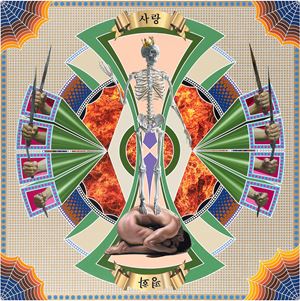 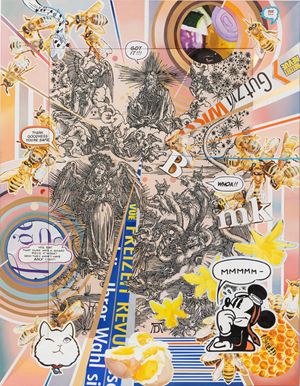 Art Delight Gallery (Director Eunju Choi) is pleased to present an exhibition of three artists Kyoung Tack Hong, Kyung Mi Lee, and Jihee Kim, who have risen to the stardom of Korean art with their dense and original artworks.

The word 'icon' comes from the ancient Greek word 'eikenei', meaning 'to seem to resemble'. From Byzantine culture to the present day, its meaning has varied over thousands of years, inspiring artists, portraitists, architects, innovators and influential figures.

Funchestra by Kyoung Tack Hong, the leading Korean star artist who rose to fame from Christie's, is a combination word of funk and orchestra, and is a representative series of the artist's personal feelings derived from the melody and rhythm of popular music. Exhibited in this exhibition, Madonna and Prince are representative icons of the era that have been consumed in splendid popularization and mounted as images. The intense canvas composition, the impact of the sterilized and detailed formative expression, and the brilliant colors give the entire screen a grand and balanced rhythm like an orchestra.

Kyung Mi Lee's New Vertical Painting series, which received attention from the recent SeokJu Art Prize, contains research and homage to Albrecht Dürer's series of woodblock prints, "Apocalypse," which she encountered at the Darmstadt Museum during her life in Germany. The enlarged screen of Dürer's apocalypse and the several layers of floating elements form the outer frame also represent her dedication to Dürer, who existed in an absolute position in the past. Dürer's woodblock prints are enlarged and reproduced on the screen, and fragments of collected images are mixed in and expressed on the screen in the artist's unique formative method.

Jihee Kim, famous for her Sealed Smile series, expresses variously through figures wearing glasses of ideals and desires of modern people. The artist, who has constantly focused on the topic of desire through the characters and presented the topic of life and extinction, has placed the animal image in the center in her recent work. The white tiger is a symbol of spirituality and a symbol of desire, like a lucky charm that entrusts the hope of life. The image of luck is revealed on the screen in a grand form, allowing the viewers to face their own desires and hopes commonly seen as 'luck', and through this, a steady discourse on the boundaries between human desires and hopes for a better life is explored.

The exhibition ICONIC by the three artists Kyoung Tack Hong, Kyung Mi Lee, and Jihee Kim who have been attracting attention for their creative styles, will present a time to explore our longings and dreams for perfection that we cannot reach yet.

Sign up to be among the first to know when new exhibitions by Kyoung Tack Hong, Kyung Mi Lee, and Jihee Kim or at Art Delight Gallery open.