Per Kirkeby is best known as the romantic and heroic abstract Nordic painter, yet he created brick sculptures from his first exhibition in 1966 to his final exhibition in 2017 in Paris. The bricks were the backbone of his wider artistic practice, which included painting, drawings and watercolours, bronze sculpture, printmaking, writing, performance, and film work. His brick works create a parallel oeuvre coming into public view now for the first time as a singular and complete body of work in their own right. As one of the great projects that most excited Kirkeby in the last years of his life, this return to the bricks was something that offered him enormous pleasure; his last artworks created in his lifetime were the series of new brick sculptures for his exhibition at Beaux-Arts in 2017. 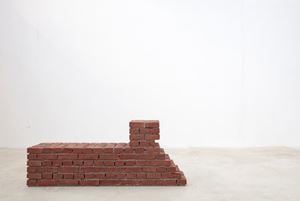 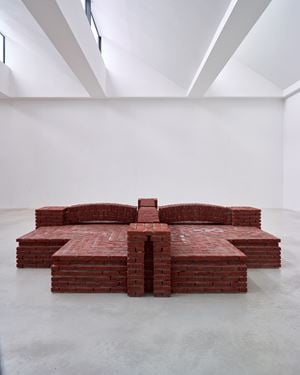 Per Kirkeby In Related Press

On 9 May, the Danish artist Per Kirkeby died at age 79 after a long illness. Internationally, Kirkeby is best known for his paintings, while his brick sculptures have also recently been winning acclai