Auguste Rodin is considered to be the first ever modern sculptor. He was immensely popular—and controversial—in his time, and skilled in disseminating his many sculptures.

Born into a working class family, Rodin began to sketch at ten. Between 14 and 17, he went to a Petit École to study painting and observational drawing. At 27, he tried to get into an École des Beaux-Arts, but was rejected. He tried twice again and was still rejected. In 1864, he began to work as a stonemason. He was not conscripted for the Franco-Prussian War because he was short-sighted.

After working for the studio of sculptor Albert-Ernest Carrier-Belleuse making ornaments for staircases, rooftops, and doorways, Rodin went to Brussels in 1871 to carve the external decorations for the city stock exchange. He then travelled to Italy in 1875 for two months, and after being inspired by Michelangelo and Donatello, decided to become a freelance sculptor. On his return to Paris with his partner Rose Beuret, his 1877 life-sized figure Bronze Age attracted attention, not least because he was accused of cheating by casting from life.

When Carrier-Belleuse became director of a Sevres porcelain factory, Rodin was offered a job as its designer. Through this, he became more widely known and various government ministers got to meet him. Edmond Turquet, the undersecretary for the Ministry of Fine Arts, commissioned Rodin in 1880 to make the complicated Gates of Hell for a museum that was planned to be built, but wasn't. Many of the components Rodin created later became famous when reconfigured as individual sculptures.

The memorial commissions increased and by 1900 Rodin was world-famous for two types of sensual sculpture: the translucent white and smooth marble works and the shiny, dark bronze sculptures with rougher surfaces.

Rodin liked to model his figures in clay on a rotating table. He then organised assistants to carve them in marble or sandcast in bronze.

With his glowing marble sculptures, Rodin usually left areas of unpolished, rough marble untouched, as if the smooth naked human form was emerging alive from a raw, mineral bed.

Rodin's embrace of a baroque expressiveness and turbulent emotion via twisted bodies, contorted postures, rippling muscles, and large hands and feet was for some shocking, as was his incorporation of repeated forms within the one bronze sculpture—like in The Gates of Hell (1880—1917) or its detail The Three Shades (1886). He also sometimes made limbs, heads, and other parts separately, so when casting he could recombine these elements. As part of a move away from naturalism, Rodin deliberately left surface traces of the bronze casting process, such as not removing air bubbles, as seen in Man's Torso (1877). He also exposed the processes of throwing lumps of clay together, rather than smoothing over the joins. Sometimes, he would cut through them with a sharp knife, not replacing the missing pieces, creating 'disruptive' flat planes as seen in Flying Figure (1890—1991).

Between 1883 and 1892, Rodin had an affair with Camille Claudel, his model, who became an accomplished sculptor herself.

Auguste Rodin has been featured in recent solo and group exhibitions. Solo exhibitions include The EY Exhibition: The Making of Rodin, Tate Modern, London (2021) and Rodin and the Art of Ancient Greece, The British Museum, London (2018).

A battle of the gaze is on at the Legion of Honor Museum in San Francisco, pitting an old dead French man against a punky British woman. The artists in question are Auguste Rodin, the modern master kn 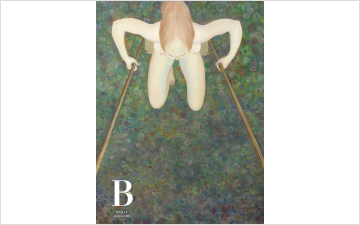