Raoul Dufy (French, 1877–1953) was a painter and print maker associated with the Fauvist movement, and is best-known for depicting recreational scenes, such as horse races and regattas. After taking evening classes at the École des Beaux-Arts, he began his studies at the studio of Léon Bonnat at the École Nationale Supérieure des Beaux-Arts in 1900. Dufy first encountered Fauvism at the Salon des Indépendants in 1905, and adapted the style, characterised by broad brushstrokes and bright colours, for his own work. After illustrating Guillaume Apollinaire's Be__stiaire ou cortège d'Orphée (1911) with a series of woodcuts, Dufy became interested in decorative art and set up a cloth-printing studio. His lithographs and etchings accompanied several literary works such as Guillaume Apollinaire's Le Poète assassin (1926), and Eugène de Montfort's La Belle Enfant ou l'amour à 40 ans (1930).

In the 1920s, Dufy traveled abroad and within France, painting series of Nice (1927) and Bois de Boulogne (1929). Scenes of horse races such as Races at Ascot (1931) and Derby at Epsom (1939) show his efforts to develop compositions that conveyed light through colour. These watercolours exemplify Dufy's signature style of sketchy outlines set against thin layers of brightly coloured paint. Throughout the 1920s, Dufy worked in a variety of materials, producing ceramics, tapestry hangings, and large-scale architectural decorations. In his later work, Dufy created more monochromatic compositions in Red Violin (1948) and Black Freighter (1952). His work is currently held in several museum collections worldwide, including the Musée d'Orsay in Paris, the Hermitage Museum in St. Petersburg, the Art Institute of Chicago, and the Museum of Modern Art in New York. 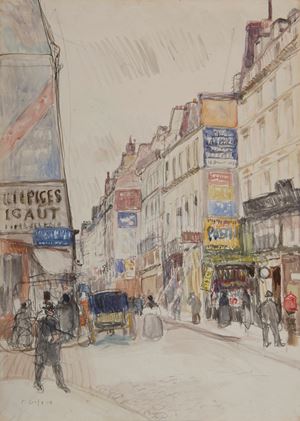 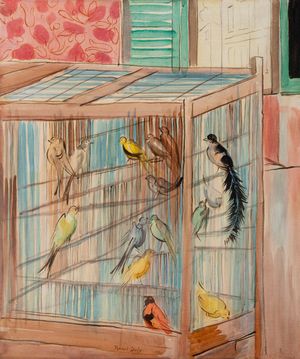 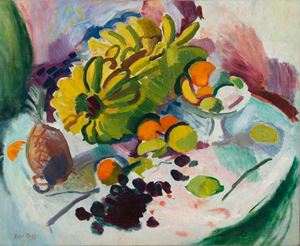 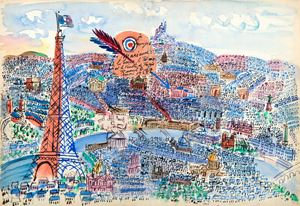 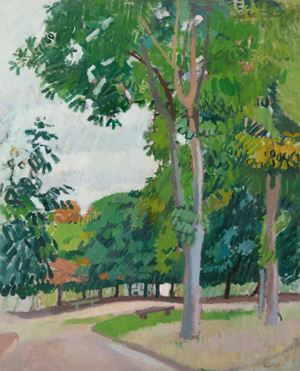