Jimmie Durham is born in 1940 in the U.S.He takes his first artistic steps in the field of theatre, literature and performance in the progressive African-American circles in Texas in the 60's. He works with the Afro-American poet Vivian Ayers and does a performance with Mohamed Ali.

In 1968 he moves to the then very international Geneva, where he enrolls at L'Ecole des Beaux-Arts. During that period he makes performative, sometimes sculptural work. Together with three other sculptors, he forms the Draga group which explores how art can become more integrated into public life.

In 1973, he returns to the U.S. to become involved in the American Indian Movement, and remains politically active until 1980. He co-establishes the International Indian Treaty Council, is involved in the occupation of Wounded Knee in 1973, and is ultimately made the representative of the Indians to the United Nations–the first official representative of a minority within the organisation.

In 1980 he returns to art. As an essayist, he remains concerned with the image of Native Americans and his art work from this period both reflects and thematises this attitude, although it displays both a broader reflective quality and a stronger visual expression. Typical examples are the works with animal skulls.

Durham gains notoriety within the New York art scene, but finds that his work is seen as 'Indian art' and fails to encourage fundamental–political or artistic–discussions. In 1987, he leaves the U.S. and goes to live in Cuernavaca, Mexico–where he stays until he moves back to Europe in 1994.

It is a period with many international exhibitions. In 1988 he creates Pocahontas and the Little Carpenter for Matt's Gallery in London; he has an exhibition at Nicole Klagsbrun Gallery in New York in 1992, and the work Original Re-Runs a.k.a. A Certain Lack of Coherence travels in 1993 from the Institute of Contemporary Arts (ICA) in London to the Douglas Hyde Gallery in Dublin, the Palais des Beaux-Arts in Brussels and the Kunstverein Hamburg. In 1992, Jan Hoet invites him as one of the key artists in the Documenta IX exhibition in Kassel. He creates a large ensemble entitled Approach in Love and Fear, consisting of several sculptures and texts.

The essays that Jimmie Durham continues to write and publish in magazines such as Artforum, Art Journal, and Third Text, as well as in various books are collected in the 1993 publication A Certain Lack of Coherence, a collection of his essays published by Kala Press.

Since turning away from the Americas in 1994 and permanently moving to Europe, Jimmie Durham has opposed two foundations of the European tradition: religion and architecture. Another theme that since has emerged in many of his works is his vision of Europe, which he calls Eurasia–Jimmie Durham sees himself as a 'homeless Eurasian orphan'. In Europe, he has successively lived in Brussels, Marseille, Rome and now alternately in Berlin and Naples.

His work has been shown in several international key locations: the Biennials of Venice in 1999, 2001, 2003 and 2005; in Marseille, The Hague and Gateshead (England) (in the retrospective film From the West Pacific to the East Atlantic), at the Sidney Biennial in 2004, the Musee d'Art Moderne de la Ville de Paris (in the retrospective Pierres rejetées ... [Stones Rejected ...]), 2012 dOCUMENTA (13) in Kassel, Germany; at the MHKA Antwerp during his retrospective A Matter of Life and Death and Singing, and Parasol Unit Foundation for Contemporary Art; between others.

In 2015 Durham made a site specific installation/exhibition at Fondazione Querini Stampalia in Venice as a satellite project of the Venice Biennial. In 2016, Jimmie Durham received the Goslarer Kaiserring, one of today's most prestigious art prizes.

In 2017 Durham had a retrospective at the Hammer Museum in Los Angeles that traveled afterwards to the Walker Art Center in Minneapolis, the Whitney Museum in New York and the Remai Modern in Saskatoon, Canada. On this occassion, the catalogue „At the Center of the World" was published, which explores Durham's vital contributions to contemporary art since the 1970s. 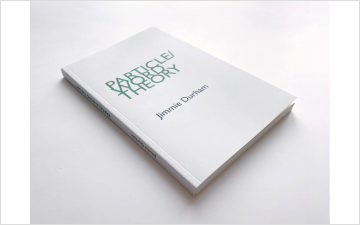