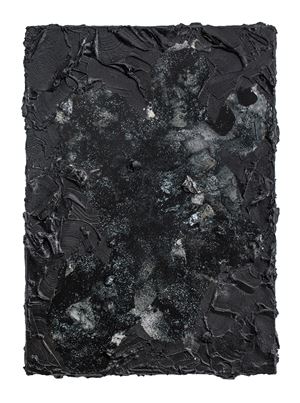 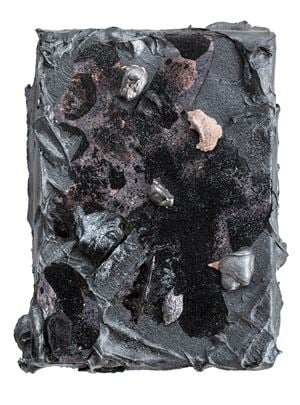 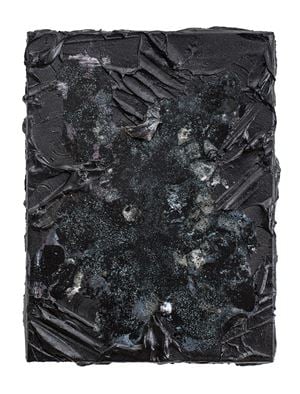 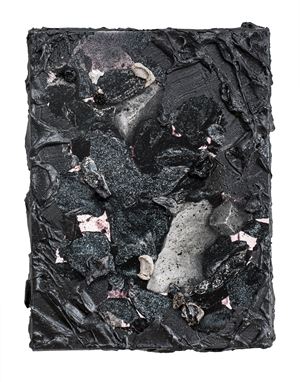 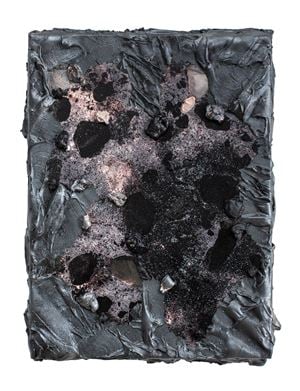 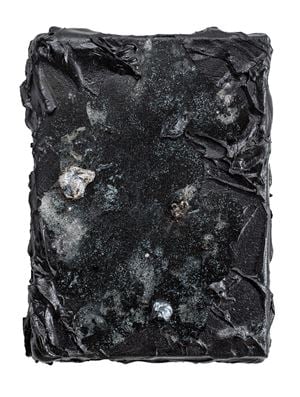 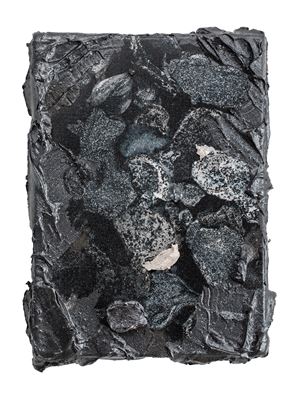 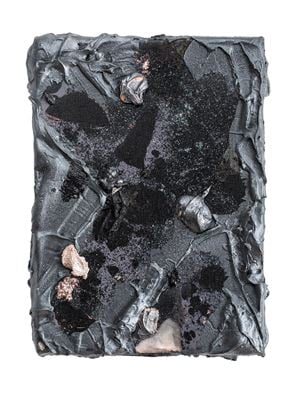 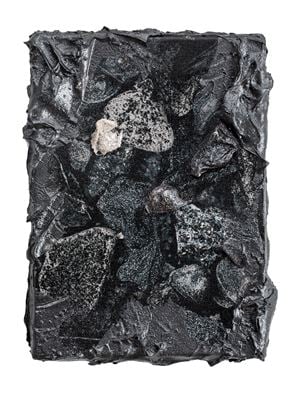 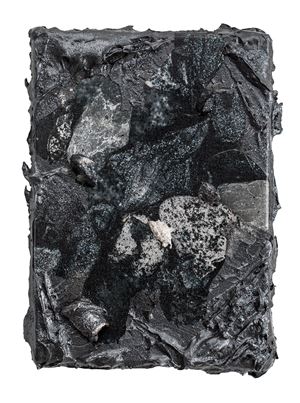 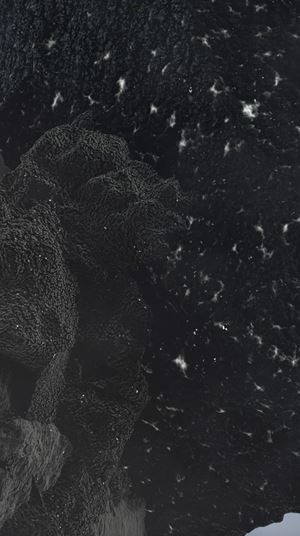 Not for sale Bartley & Company Art 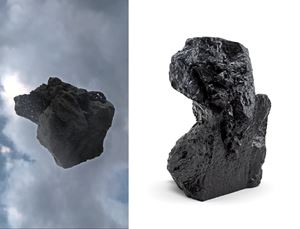 We are proud and delighted to be showing this significant new body of work by André Hemer, one of New Zealand's most internationally successful and thoughtful artists.

From this place things glimmer was created while Vienna based Hemer undertook an artist residency at the Massachusetts Museum of Contemporary Art (MASS MoCA) at the beginning of 2020. All works originate from images and materials collected on site at the MASS MoCA ground and a nearby quarry. The result is a series of interlinked works in various media-including painting, 3D-printed sculpture, and video.

As with Hemer's practice of recent years, the starting point is videos and flatbed scans of the sky where the work is made. The significant development in this new work is the material embodiment of place for the first time.

The rock and mica gathered on the site have both been scanned - blocking out the sky itself in many places - and actually physically included both in the pigment and across the surface of the paintings. The mica glimmers across the scanned and deeply impastoed surfaces creating an otherworldly landscape and a sense of stars sparkling in night sky.

Hemer's painting in its investigation of the digital and hand interface reflect his view that art reflects the era in which it is made. This work, made almost presciently at the beginning of this year, certainly reflects the current moment and a sense of light and hope amidst the darkness.

What we see are deeply textured works with a complex archaeology - both materially and conceptually.

In the late afternoon just after 4pm, I wander the museum grounds to capture the last light. Adjacent to the studio building is a walkway over the canal that winds its way through the museum grounds. Just beyond stand a series of Franz West sculptures, leaning and contorting pink towers that strike an absurd pose against the dull Massachusetts winter sky. Underneath the sculptures lies a bed of snow-covered rocks in an array of muted tones. To my right, a sparkling glimmer of mica catches the light, revealing an otherwise uniform surface of a greyish rock that stands apart from the others. It's reminiscent of the rock that the previous resident had left on my studio desk.

And from this happenstance comes a month-long hunt for the materiality of this place; a contemporary art museum now, but a printing factory long before that, the beacon of a small American working town. And every night as I walk back from my studio I begin to see that same glimmer everywhere-from a dark country sky without much artificial lighting to intervene upon the stars, to the make-shift ice rink set up in front of the museum.

And then once again in the morning, on the footpath as I walk back to the studio-that glimmer that happens when the cement and the air get below freezing. And it's from these wanderings that I've built a portrait of this place; in image and materiality and feeling. Something to behold directly and simply in the midst of uncertainty.

With special thanks to Assets for Artists and the Studios at MASS MoCA.

From this place things glimmer

Sign up to be among the first to know when new exhibitions by André Hemer or at Bartley & Company Art open.