A pulse spreads across the (pictured) space. Lines seem to be inhabited by audible qualities. In his latest works, Irish artist Mark Francis (*1962) interweaves visual impressions with a sonic experience of space.

From 12th November 2021 until 29th January 2022, Bernhard Knaus Fine Art proudly presents Francis' most recent works in his first solo show in Germany in ten years. Reverb describes an acoustic diversion, a resounding. Progressing from his interest in microbiology and cellular structures, that is apparent in his earlier works, Mark Francis now explores ways of visualising memories which are reminiscent of sound patterns. In terms of content, the artist's focus has shifted over the past thirty years, but what remains unchanged, and is evident in his work to date, is a fascination with science.

In Francis' works, clear lines seem to be disintegrated by higher powers. Movement and destabilisation play a crucial part in his paintings of varied sizes. Despite the trembling, a certain order persists, but similar to an echo, one can only trace the idea of a concrete structure before it has moved on. The true constant in Mark Francis' work is therefore the process—an aspect, that is reflected especially in his wet-on-wet technique. What emerges are works of art with acoustically appealing titles like Trembler (2021) or Sequential Beat (2021). They suggest a connection between shape, colour and sound without taking on fully specific forms.

Instead, Mark Francis creates a dialogue with the observer in order to make the subconscious tangible. Francis calls his artistic practice 'mapping'. Hypothetical grids make up the underlying base of his paintings and works on paper in which they take on lives of their own. Their colourful appearance produces a unique tonality. Connotations with visual representations of electronic soundscapes are translated into an imaginative science, that is equally made up of chaos and order, concretion and abstraction as well as digital and organic momentary snapshots.

The energies of these seeming opposites come together in Mark Francis' networks and synchronise via auditive sensory impressions. Electronic waves flow in the painted brushstroke, that, depending on its coloring, evokes the same feelings EDM does or may resemble punk music. However, resisting fixed classifications, Mark Francis' works call to be heard in completely unexpected nuances. Similar to the perception of music, it all comes down to individual sensual experiences that defy compositional explanations and claims of meaning, true to the artist's statement 'the only thing I worry about is knowing too much'. 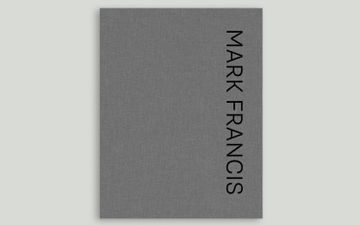