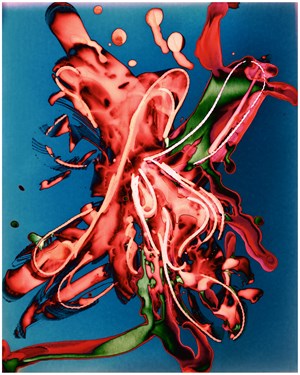 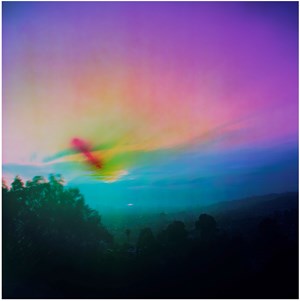 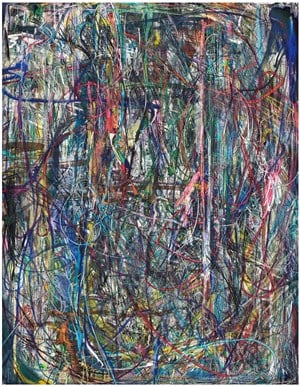 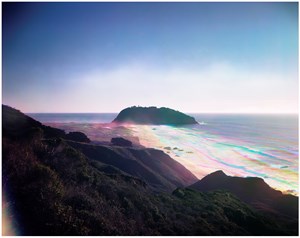 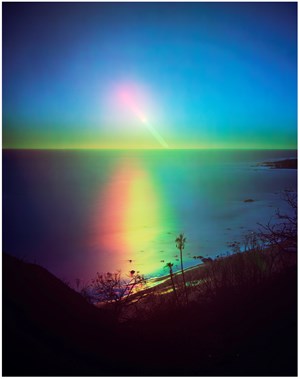 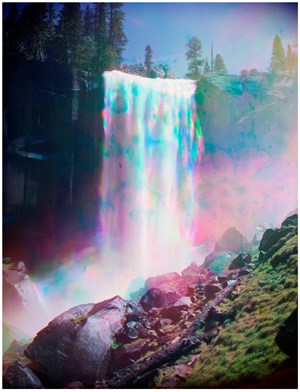 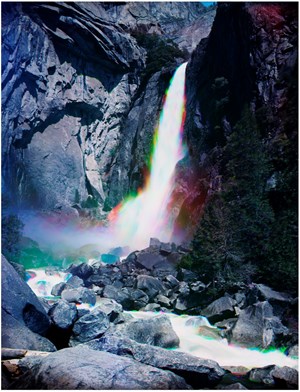 Blum & Poe is pleased to present The Limits of Control, Florian Maier-Aichen's sixth solo exhibition with the gallery. In a dozen new pictures, the artist takes on waterfalls, ocean views, and the golden hour as cultural clichés, mass media reproductions, and universal sites of desire.

Over the last two decades, Maier-Aichen has established a singular style of landscape that deftly integrates analogue and digital techniques, blurring the separation between photography and painting, fact and fiction, the mundane and the sensational. Maier-Aichen's project has sought to expand photography as a field of experimentation and invention, re-enactment and idealisation. By combining the actions of picture-taking and picture-making, the artist extends the limits of the medium in his search for the sublime.

This search comes at a time when the printed photograph has lost much of its mystery and excitement in a digital image-saturated world. Allowing for chance and error returns the photograph to its early connection to alchemy. At a moment in history when the medium of film itself is on the edge of mere existence, it's also on the precipice of a widely-expanded field. The evolution of photography from elitist craft to democratic mass tool has opened up its range and possibilities, as well as broadened its audience. Maier-Aichen re-inserts the physical and sensual input between subject and nature, adding time and tactility. Rather than quick consumption, a visual 'snack,' Maier-Aichen proposes that photography is still capable of creating images that last longer than an instant.

Photographs of waterfalls at Yosemite quote early images of these national monuments by 19th-century photographers Carleton Watkins and George Fiske. These photographers, and others, tell the early history of photography in order to both discover and reveal the unknown American West. Maier-Aichen's works are precisely measured re-creations—like his forebears, made after the long trek to the site during waterfall season, with 8 x 10 camera and film materials in tow. In Watercolor, 300 Feet (2018), Maier-Aichen stands in a water cloud, allowing the film and camera to get soaked with water spray during the shoot. The physical element of water from the site of image-making, then comes to define the surface colour and texture. Interacting in this up-close way with the waterfall, the artist looks at the image as a 'detail' of the original Watkins and Fiske documents, acting as a dramatisation, or a massive, swift brush stroke.

Maier-Aichen's California sunsets pulsate with drama and seduction. The images are slow, vibrant and revealing, made with three long exposures in R, G, B. The nearly-obsolete tri-colour process attempts to absorb as much colour as possible, dependent on light and patience. The photographs encapsulate the in-person, durational experience of the golden hour. Taken from a parking lot, a roadside lookout, or the roof of the artist's house, the work epitomises the practical reason why Los Angeles is the natural entertainment and image capital of the world. Landscape vistas and locations are within driving range around the city—Bronson Cave, Leo Carrillo Beach, Moca Grand Avenue underpass, Valley Plaza—a handful of these beloved sites are easily accessible and used in a majority of film production, versatile backgrounds used to tell an array of stories. The Los Angeles sun provides eternal favourable lighting, with bright and theatrical twilights, turning landscape into perfectly-lit product for the camera. The rainbow skies also nod to the great optimism and romantic promise of the American West. Sunsets are also universal subjects for everyone, on every social media page, a photogenic cliché. In Maier-Aichen's pictures, the sunset is fully-loaded, an ersatz paradise that acknowledges its own artifice.

The 'handmade' Lasso paintings, named after the versatile Photoshop tool, are another disrupted sunset. The hybrid photograph-paintings begin as a basic gradient in Photoshop, and then the software's lasso and various brush tools are used to overwrite information, thus killing the original image. The artist uses the tool to emphasise the flatness of each layer, playing with ideas around the unique gesture and photography's new, expanded palette, as well as the icon of the cowboy in the American West, swinging his 'lasso' in the birthplace of early photography. Conventional tools once intended for 'clean-up' become tools of image-making and transformation. With Maier-Aichen's act of defiance, these tools write playful, absurdist commentary on the field's new infinite dimensions, making delirious fun of their real-life implications to mask truth and propose perfection.

Chemigrams are unique, camera-less photographs made like a pour painting with darkroom chemicals. A selection of chemigrams from the artist's archives, made in the 1990s and 2000s, have been revisited, altered, inverted, solarised, and manipulated into new works. As an ultimate counter-point to the extremely artificial Photoshop gradient paintings, the chemigrams reflect 19th century imagery and process that revisit the very nature of the medium at a moment when photography was akin to alchemy—unpredictable and impossible to control.

The Limits of Control 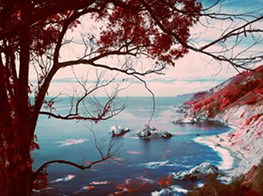 A toxic beauty emanates from — or maybe infects — six impressive new landscape photographs and three abstractions by Florian Maier-Aichen. It's the sixth solo show at Blum & Poe by the German-born, L.A.-based artist, and it represents a milieu in which he has worked for more than a dozen years.

Sign up to be among the first to know when new exhibitions by Florian Maier-Aichen or at Blum & Poe open.