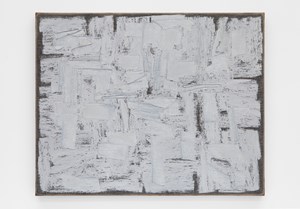 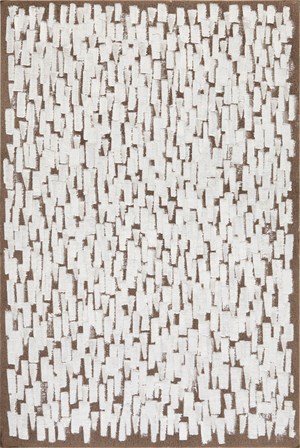 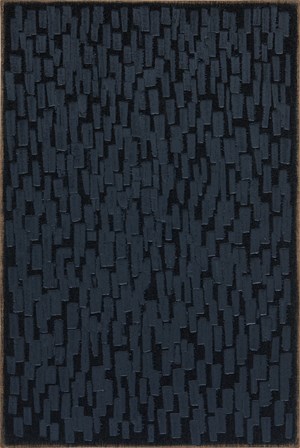 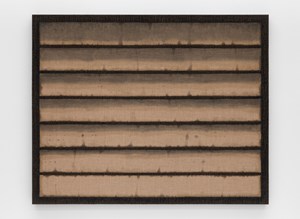 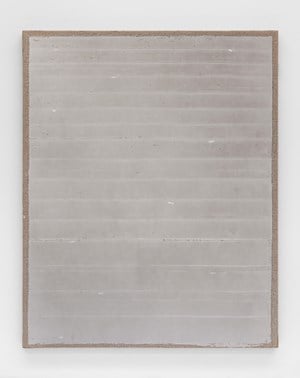 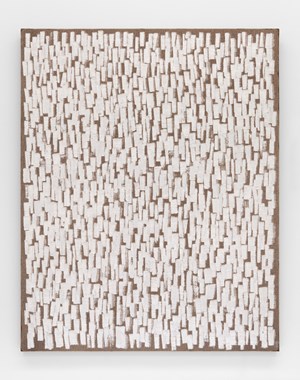 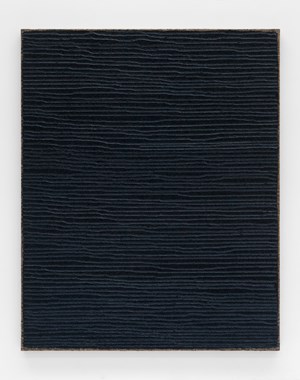 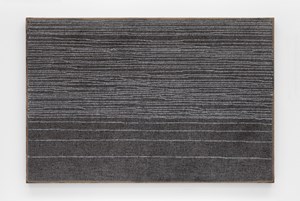 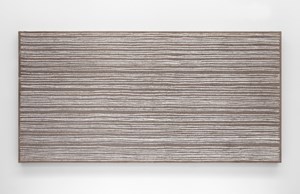 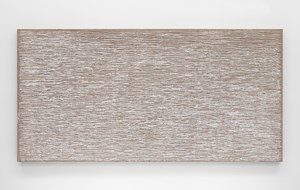 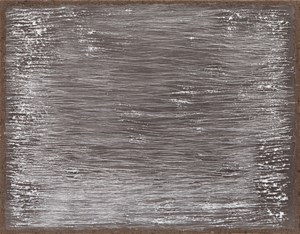 Ha Chong-HyunConjunction 16-52, 2016Oil on hemp
36 x 45 inches
Sold Blum & Poe
View More Works By This Artist
Blum & Poe is pleased to present a solo exhibition of new paintings by Ha Chonghyun, one of the leading artists of the Dansaekhwa movement. This is Ha’s second solo show with the gallery and his first solo presentation in Los Angeles.

Ha Chong -hyun revolutionized the discourse of painting in 1970s Korea. For forty years his ongoing Conjunction series has explored the materiality of paint and canvas as more than a mere support. In these works the artist uses tools to push oil paint through the back of coarsely woven burlap so that it seeps through to the surface. Thereafter he brushes or smears the protruding paint into abstract, all-over compositions.

The Dansaekhwa movement emerged in the late 1960s, in the midst of extreme postwar material deprivations and an authoritarian political system. Although the term literally means “monochrome painting,” it is defined by the methods employed as much as its reductionist aesthetics. Ha continues to experiment with technique and push the boundaries of expression in the Conjunction series. In recent years he has developed a new process in which he holds a flame to the surface of his paintings, creating a range of subtle effects as the chemical makeup of the paint is altered. In some works, the surface of white paint turns to a smoky gray, which Ha scrapes away in horizontal or vertical strips to reveal the untouched white pigment beneath.

Previously, Ha was featured in the survey From All Sides: Tansaekhwa on Abstraction, held at Blum & Poe, Los Angeles in 2014, and curated by Joan Kee, Associate Professor of History of Art at the University of Michigan. Earlier this year he was included in Dansaekhwa and Minimalism, which traveled from Blum & Poe in Los Angeles to New York—the first exhibition to compare and contrast Korean monochromatic painting with American Minimalism.

Ha Chong-hyun was born in Sancheong, Korea, in 1935, and currently lives and works in Seoul. He has had numerous solo exhibitions in Korea, including at the Gyeongnam Art Museum, Changwon (2004), and a retrospective at the National Museum of Contemporary Art, Gwacheon (2012). His work has also been featured in numerous landmark surveys, most recently: When Process Becomes Form: Dansaekhwa and Korean Abstraction, Villa Empain – Boghossian Foundation, Brussels (2016) and Dansaekhwa, Palazzo Contarini Polignac, Venice (2015). His paintings are in the collections of leading institutions such as the Art Institute of Chicago; Leeum, Samsung Museum of Art, Seoul; M+, Hong Kong; Museum of Modern Art, New York; National Museum of Modern and Contemporary Art, Gwacheon, Korea; and the Solomon R. Guggenheim Museum, New York.

Sign up to be among the first to know when new exhibitions by Ha Chong Hyun or at Blum & Poe open.
Sign UpLogin