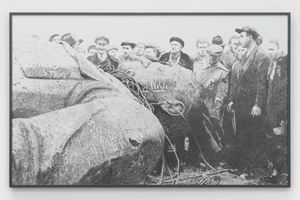 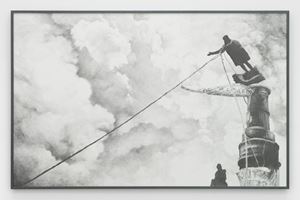 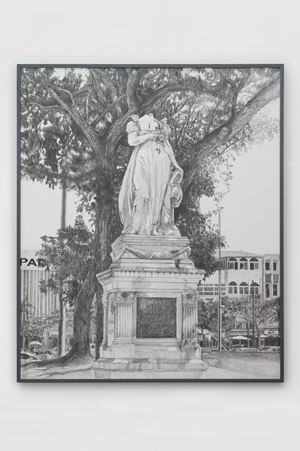 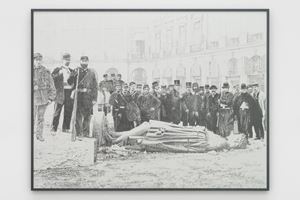 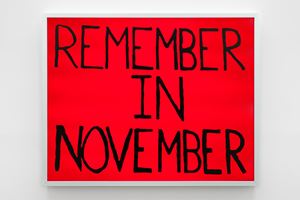 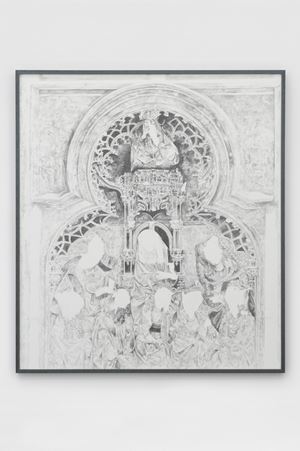 Blum & Poe is pleased to present Iconoclasm, an exhibition of new work by Los Angeles and Berlin-based artist Sam Durant. For over two decades, Durant has been engaged in an ongoing dialogue with tumultuous and forgotten events of the past, shining a light on these histories to reveal their resonance with broader social, political, and cultural issues. In a new series of graphite works drawn from archival documentation, Durant depicts the intentional and often violent destruction of public monuments. Produced in 2018, this body of work was first exhibited last year at Library Street Collective in Detroit, and is being shown in October 2020 in Los Angeles at a time when monument-removal has become a divisive political debate issue in the lead up to the US General Election. A new electric sign by the artist commemorates the occasion.

The six drawings that compose the exhibition are accompanied by a new two-channel video work made from archival footage of public statues being torn down. Durant slows the speed for a protracted, quiet fall that allows for a reflective experience in processing the wreckage of public symbols. Both the drawings and the video illustrate a wide-ranging arc of monument destruction across nations, cultures, and time periods. Both in and out of their original context, the monuments speak to the specific time and place from which they came, while standing equally as appropriate and applicable to the contemporary situation in which they are exhibited. They speak widely to recurrence and re-occurrence of moments of struggle and resistance in history.

Durant's interest in monuments and memorials began with Proposal for Monument at Altamont Raceway, Tracy, CA (1999), referencing the vicious end to the infamous free concert and arguably, the end to an era of upheaval; it continued notably with Proposal for White and Indian Dead Monument Transpositions (2005), re-contextualising memorials to victims of the conquest of North America; and more recently with Proposal for Public Fountain (2015), a marble work depicting an anarchist statue being blasted by a police water-canon. In 2017, what has become Durant's most controversial public sculpture, Scaffold (2012), was itself protested and ceremonially buried by members of the Dakota people from its installation at the Minnesota Sculpture Garden at Walker Arts Center. Made in the wake of the artist's personal experience of removal of his public sculpture, the Iconoclasm body of work develops the artist's, as well as our own, understanding of the power of symbols.

The Iconoclasm drawings are a reminder of the notion of a living history, reflecting humanity's need to celebrate and commemorate, as well as the compulsion to destroy symbols of a past that conflict with a specific dominant world view. Given the global rise in political polarisation, media misinformation, religious extremism and nationalism, Iconoclasm presents a critical opportunity to explore humanity's relationship with the symbols of the past and how to address them as society changes.

The new catalog Iconoclasm featuring this body of work is authored by Pedro Alonzo and published by Library Street Collective, Detroit.

Sign up to be among the first to know when new exhibitions by Sam Durant or at Blum & Poe open.