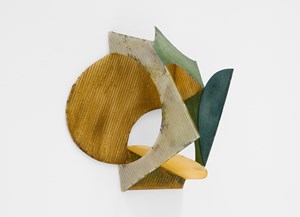 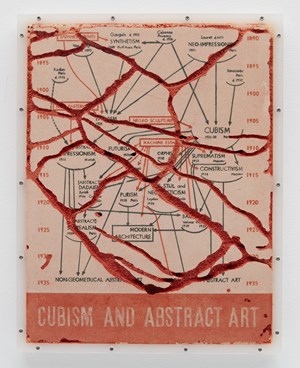 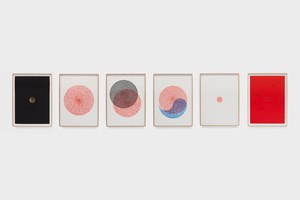 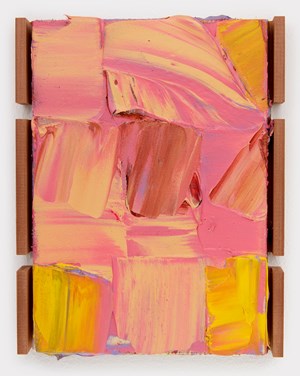 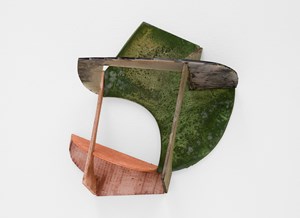 Blum & Poe is pleased to announce the second instalment of Parergon: Japanese Art of the 1980s and 1990s, a selected survey exhibition curated by Mika Yoshitake. Focusing on the themes of retro-futurism, noir, satire, and simulation, as well as those that probe national boundaries, the show is presented in two parts at Blum & Poe in Los Angeles. Works from over twenty-five artists including EYE, Kenjiro Okazaki, Mariko Mori, Kodai Nakahara, Small Village Center, Yukinori Yanagi, Kenji Yanobe, and Tadanori Yokoo feature media spanning painting, sculpture, performance, noise, video, and photography. A catalogue will be published for the occasion, with artist testimonials and new scholarship by Yoshitake and David Novak, award-winning author of Japanoise: Music at the Edge of Circulation (Duke University Press Books, 2013).

Part II of Parergon expands on the thematic territories explored in Part I, with seminal installations and sculptures from the era and performances by renowned figures of noise, sound, and electro-acoustic music genres. Kenji Yanobe's Tanking Machine (Rebirth) (2019) is a darkly humorous, interactive, sci-fi sculpture first presented in 1989 that addresses the ever-present reality of nuclear crisis through a retro-futurist narrative. Influential multimedia artist, Kodai Nakahara's bizarre installations of figurine-like marble stones and brightly, suspended spheres reflect a humorous take on sculpture's 'post-medium' condition. As an intellectual and artist, Kenjiro Okazaki's practice engages with theories of perception through interdisciplinary genres spanning architecture, literary theory, painting, reliefs, sculpture, robotics, and dance. Trained in both Japan and the U.S., Yukinori Yanagi's large-scale and site-specific installations interrogate the politics of institutional borders and boundaries often drawing from semiotic systems of symbolic imagery. Psychedelic '60s graphic designer Tadanori Yokoo revisits strategies of historical pastiche with his figurative noir paintings that hang alongside his cut-canvas portraits of Dada figures, as well as ceramic depictions of spiritual mediums. Finally, a dedicated Japanese noise archive of photography, journals, and vinyl records from Tokyo's experimental underground will also be featured on the second floor giving historical context to the live performances.

The exhibition title makes reference to the gallery in Tokyo (Gallery Parergon, 1981-1987) that introduced many artists associated with the New Wave phenomenon, its name attributed to Jacques Derrida's essay from 1978 which questioned the 'framework' of art, influential to artists and critics during the period. Parergon brings together some of the most enigmatic works that were first generated during a rich two-decade period that are pivotal to the way we perceive and understand contemporary Japanese art today. In the aftermath of the conceptual reconsideration of the object and relationally spearheaded by Mono-ha in the 1970s, this era opened up new critical engagements with language and medium where artists explored expansions in installation, performance, and experimental multi-genre practices.

When the U.S. and Europe were witnessing a return to Expressionism alongside a postmodern aesthetic of simulacra and deconstruction characterised by the Pictures generation, this zeitgeist of cultural capitalism was instead manifest under Japan's unique social and geo-political conditions resulting from the rise and burst of the bubble economy. Artists began to explore subversive artistic languages and integrate underground subcultures into their practice using a variety of media, ranging from experimentations in electro-acoustic music, geopolitical and conceptual photography, and appropriations of advertisement culture. Others addressed the internalisation of historical avant-garde and modernist aesthetics that were filtered through a new poetics of form, space, and language.

In the post-1989 Hirohito era, politics of gender, nuclear crisis, and critique of nationalism are especially poignant among artists from the Kansai region. This period also witnesses the rise of art collectives in the mid-90s and their darkly humorous performances and conceptual practices that reevaluated the history of Japan's postwar avant-garde. These events reflect on a subculture generated out of a profoundly unique 'infantile capitalism,' anticipating the explosive rise of the Neo-Pop generation.

This exhibition is presented on the occasion of Blum & Poe's 25-year anniversary. Parergon commemorates a special facet of the gallery's history rooted in this very timeframe in Japan-with Tim Blum's early years as an art dealer and curator spent in Tokyo in the early '90s-and charts a bridge between the Japanese art historical territories the gallery has long championed. Parergon pursues the creative significance of the years between the milestones of Mono-ha and the Neo-Pop generation now synonymous with Takashi Murakami and Yoshitomo Nara.

Mika Yoshitake unveils Parergon as Blum & Poe's Curator of Special Projects. Yoshitake's extensive scholarship on postwar Japanese art situates her in the unique position to pursue the significant shifts in artistic strategies since the 1960s and '70s that opened up an explosion of genres and subcultures in the 1980s and '90s. Yoshitake's experience has led her through a multitude of linked curatorial terrains, as project coordinator for the international tour of © MURAKAMI (2007-2009), which originated at the Museum of Contemporary Art, Los Angeles, CA; curatorial liaison for Lee Ufan: Marking Infinity (2011) at the Solomon R. Guggenheim Museum, New York, NY; and organising curator of Yayoi Kusama: Infinity Mirrors (2017-2019), a six-venue North American tour, originating at the Hirshhorn Museum and Sculpture Garden in Washington, D.C. In 2012, she curated the AICA-USA award-winning exhibition, Requiem for the Sun: The Art of Mono-ha at Blum & Poe, Los Angeles, CA. 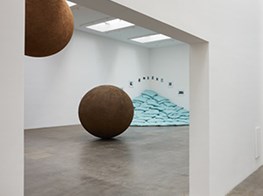 Related Press From Monumental to Microscopic, These Works Changed the History of Art in Japan 13 March 2019, Frieze

Curated by Mika Yoshitake, Parergon: Japanese Art of the 1980s and 1990s forms a corollary to her 2012 Blum & Poe exhibition Requiem for the Sun: The Art of Mono-ha, which presented a much-needed introduction to a group of postwar Japanese artists whose works have now been aligned with more recognizable Western European movements such as...

1 new exhibition have recently been added by Blum & Poe.
Sign up now to be among the first to know when new exhibitions are added.