Regarded as one of the most important artists of the post-war era in Europe, René Magritte was a leading figure in the Surrealist movement. He sought revolution against the rational mind, stating, 'Everything we see hides another thing; we always want to see what is hidden by what we see.' Widely recognised for his stunning, and often haunting paintings which juxtapose common objects within dream-like scenarios, Magritte was a master provocateur. Revisiting motifs of cloth-covered figures, objects in flight, and concealed identity have become a well-known hallmark of his distinct sensibility, often signaling back to trauma of the artist’s past. His Surrealist masterpieces tantalise and distort reality, evoking a singular sense of mystery within the viewer. Magritte's approach to painting and sculpture avoided stylistic distractions of modern art making. His recently discovered films and photographs reveal how he used these art forms to explore the bounds of his imagination. His photographs and films were the subject of a major exhibition, René Magritte: The Revealing Image, Photos and Films recently at the Latrobe Gallery, Victoria, Australia, (August 19–November 19, 2017). 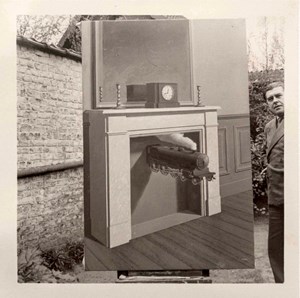