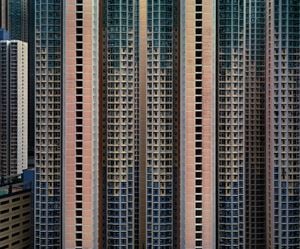 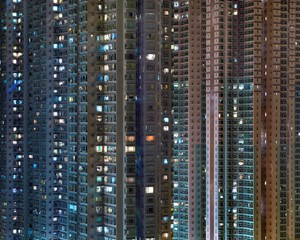 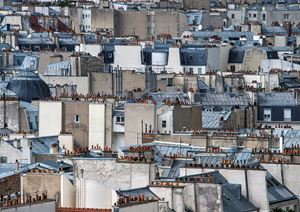 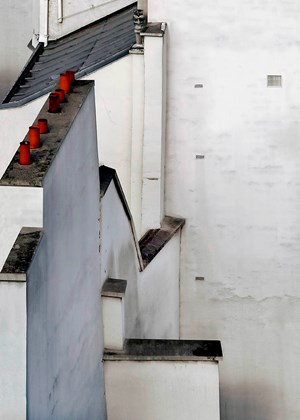 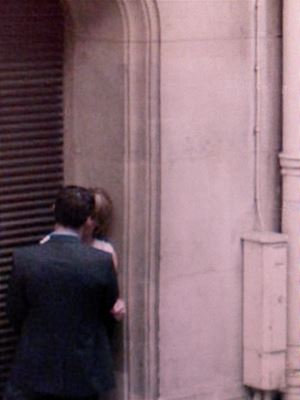 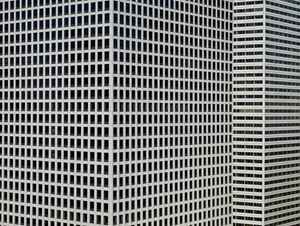 'Without architecture there is no remembering.'-John Ruskin

Over his 40+ year career, Wolf intimately explored architecture and urban life from Paris to Hong Kong. He examined not only building facades as art objects themselves, but also the lives within these buildings. Bodies of work such as Architecture of Density, Transparent City, Tokyo Compression, and Paris Rooftops are all explorations of the realities of 21st century metropolitan life and the constant etching away of privacy.

For Wolf, photographing was also an act of preservation. Making images was a way to remember, not only physical structures, but also the fragile social constructs that bind humans together. Structures built in the closest of proximities do not necessarily translate into close neighbors, and Wolf's work poetically captured the tensions within these physical and mental boundaries. Shot with a large-format camera, Wolf exposed private moments among the multiplexes, and reminds us that isolation can be a hallmark of city living.

Born in 1954 in Munich, Wolf grew up in the United States, Europe, and Canada. He studied at the University of California, Berkeley and at the University of Essen in Germany. In 1995, he moved to China to study China's cultural identity and the complexities of its urban architecture. He won first prize in the World Press Photo Award competition in 2005 and 2010, and was granted an honourable mention in 2011. In 2010 and again in 2016, Wolf was shortlisted for the prestigious Prix Pictet.

Wolf's work was most recently the subject of a major international retrospective exhibition, Life in Cities, which debuted at Les Rencontres d'Arles, France, then traveled to Fotomuseum Den Haag, The Netherlands, Fondazione Stelline, Milan, Italy, and finally to House of Photography at the Deichtorhallen, Hamburg, Germany. His work has also been exhibited at the Corcoran Gallery of Art, Washington D.C.; Museum of Photographic Arts, San Diego; Goethe Institute, Hong Kong; Fotografiemuseum, Amsterdam; Museum of Contemporary Photography, Chicago; Victoria and Albert Museum, London; Massachusetts Museum of Contemporary Art; Museum Center Vapriikki, Tempere, Finland; Aperture Gallery, New York and the Venice Biennale of Architecture among many others.

Wolf's work is held in the permanent collections of distinguished institutions such as the Metropolitan Museum of Art, New York; the Folkwang Museum, Essen, Germany; the Brooklyn Museum; the Cleveland Museum of Art; the Nelson-Atkins Art Museum, Kansas City; and the Museum of Contemporary Photography, Chicago. 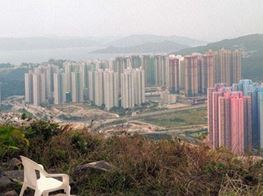 Michael Wolf (1954-2019) was a chronicler of life in cities. Across a career of over 40 years, the photographer captured architecture from Paris to Hong Kong, recording the realities of metropolitan life in the 21st century.

Sign up to be among the first to know when new exhibitions by Michael Wolf or at Bruce Silverstein open.