Acclaimed Japanese photographer Daido Moriyama's sensual approach to the urban landscape is revealed in this edifying short by the Hong Kong-based filmmaker Ringo Tang. Now in his 70s, Moriyama shot to fame when his grainy black-and-white images depicting a post-war Japan in flux won the country's New Artist Award in 1967 and has since had major retrospectives at the New York Metropolitan Museum and San Francisco Museum of Modern Art (1999), the Tokyo Metropolitan Museum of Photography (2008) and, currently, at Tate Modern in tandem with William Klein. His high-contrast, distorted imagery and raw-verging-on-sordid content has influenced the work of countless photographers. 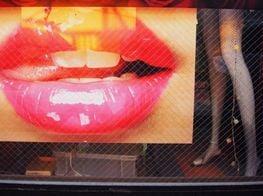