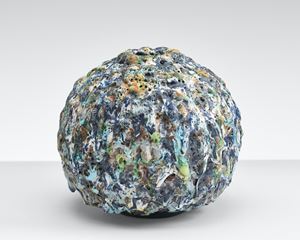 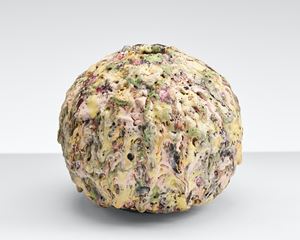 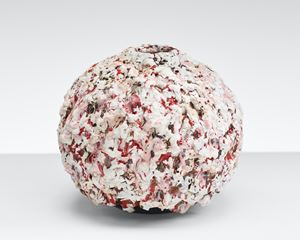 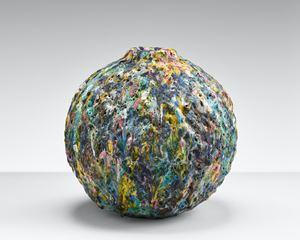 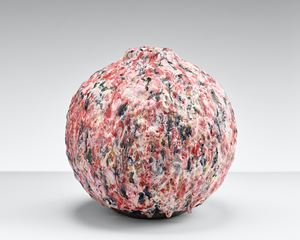 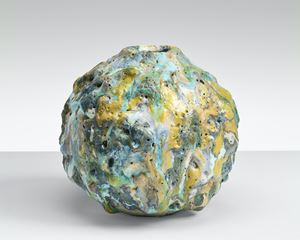 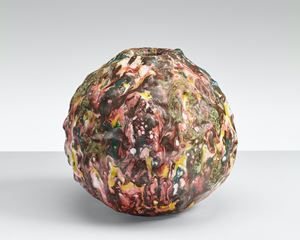 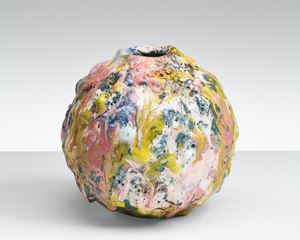 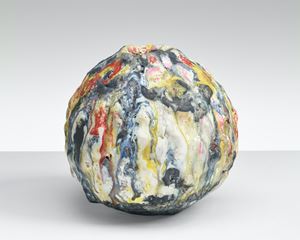 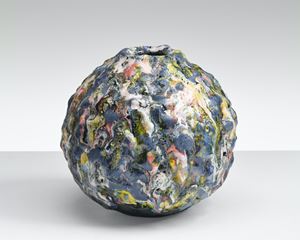 Morten Løbner Espersen has a long relationship to the ceramic tradition of vessel making. Pearls, Bombs & Moon Jars is a playful ode to the elegant spherical form of the Korean Moon Jars - two hemispherical halves made out of porcelain, joined together in the middle - cherished for their sublime simplicity and lack of ornaments. Dating back to the fifteenth century, they were made customarily to contain flowers or wine, but they were also ritual, votive vases of pale shades that resembled a bright full moon. While the archetypal form is put under intellectual consideration, in a tantalizing contrast, the artist discharges his individuality on the surface treatment, on the extreme superimposition of glazes. He rebounds between respect and distortion of conventions, dislocating the deep historical, almost sacred, purpose of the vessel towards a realm of exuberant materialism - echoes of human nature and its inherent dualities.

Sign up to be among the first to know when new exhibitions by Morten Løbner Espersen or at Brutto Gusto open.
Sign Up