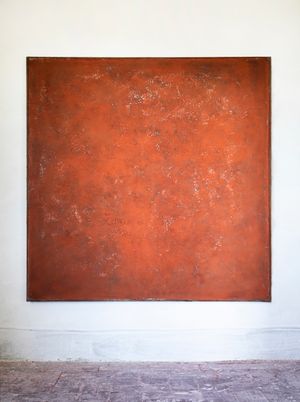 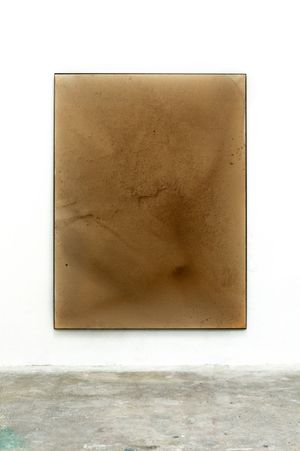 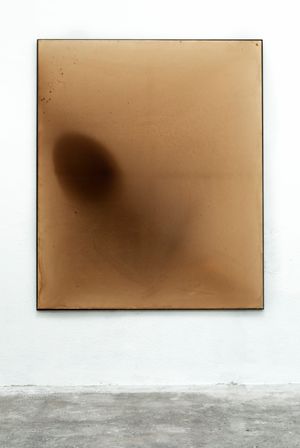 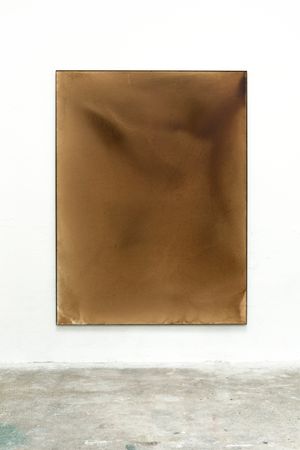 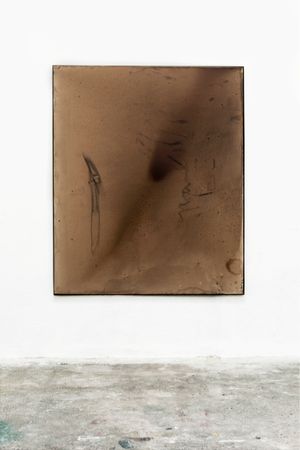 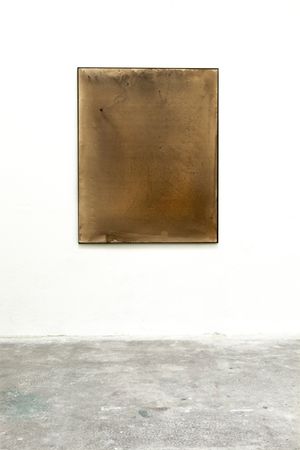 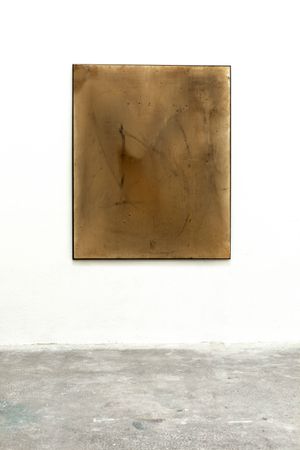 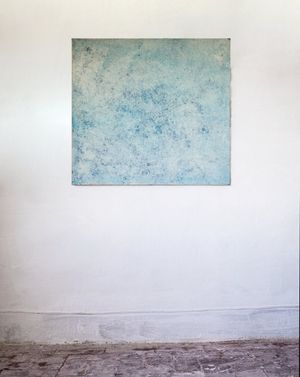 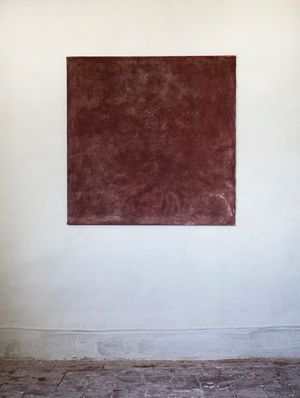 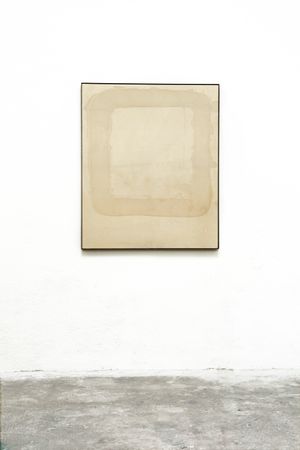 Leonardo Anker Vandalhow I would like to breathe with you Op. I, 2020Tea on cotton canvas
120 x 100 cm
Sold Cadogan Contemporary 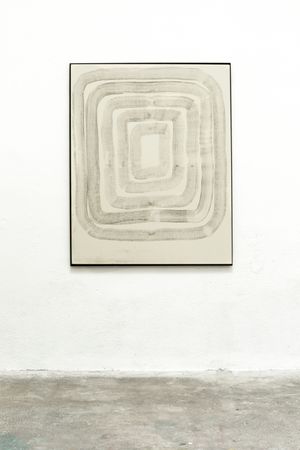 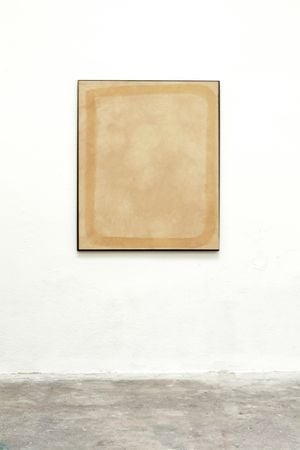 Leonardo Anker Vandalhow I would like to breathe with you Op. III, 2021Tea on cotton canvas
120 x 100 cm Cadogan Contemporary Contact Gallery 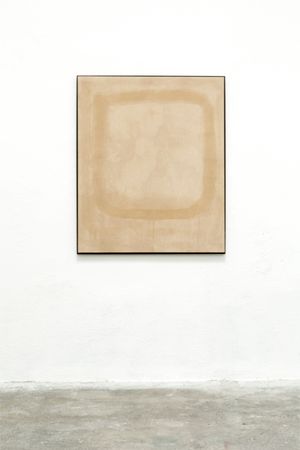 Leonardo Anker Vandalhow I would like to breathe with you Op. IV, 2021Tea on cotton canvas
120 x 100 cm
Sold Cadogan Contemporary 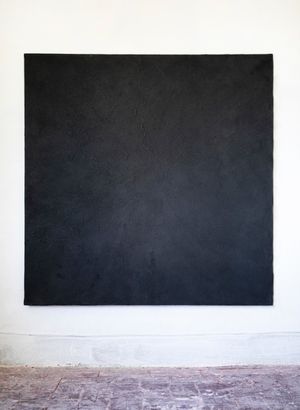 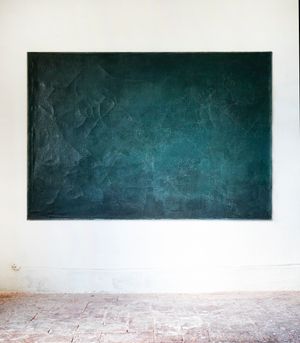 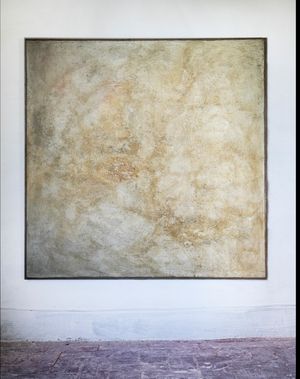 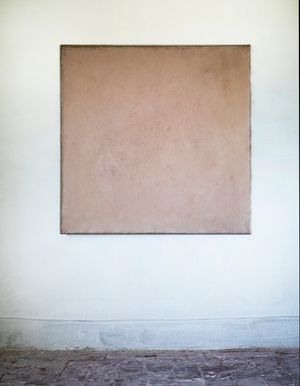 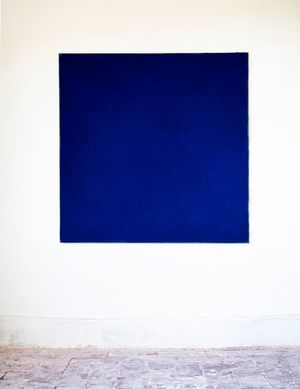 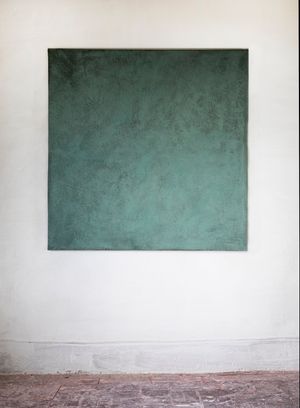 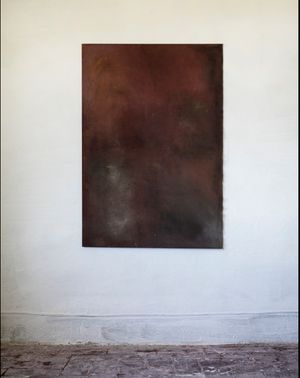 Raised in Florence, Lorenzo Brinati's practice combines Renaissance Florentine craftsmanship with a conceptual interest in the primordiality of emotion and the comprehensibility of the soul. Brinati is highly influenced by the rich artistic traditions of the city he grew up in, as a child choosing to explore the world of the carvers, carpenters and fresco painters that had operated out of Oltrarno for hundreds of years, often rather than attending school. He developed the techniques he employs in his sculptures and paintings through his work over two decades as a conservator and restorer in traditional artisanal workshops. Today he searches for completeness and luminosity in his canvases, satiating the senses and referencing the vivid strength of the works of the Old Masters. As a sculptor, his style derives from an attention to nature and the harmony and rhythm in the architecture of his home while also looking east, drawing inspiration from his travels as a sailor in Greece and Turkey.

The process of making art for Leonardo Anker Vandal is a form of catharsis, transforming his experiences of personal trauma into a highly personal and poetic visual language to create a sense of therapeutic serenity. He expresses these complex ideas using every medium in his reach, often choosing unusual materials for their symbolic potency; earth, reeds and tree roots reference time and the patterns of life, death and decay. His 'Adagio' series is an ode to beauty and the poetry within the soul expressed without restraint in music, finding inspiration in the works of Mahler, Sibelius and Rachmaninov. The 'Breathing' paintings were started as a way of visualising techniques used to control his anxiety, creating a physical space to represent the ephemerality of breathing.

'Painting is a window into the artist's soul. My paintings are driven from an emotional and very personal state of being. Everything is taken from my past thoughts and feelings, I only paint interpretations' Leonardo Anker Vandal

While some may find the lingering presence of silence overwhelming and uncomfortable, Vandal finds soothing inspiration in the space it brings, finding the 'magic' of painting in the new sense of place it produces. This 'medley of silence' is a way to escape reality, bringing the internal world of dreams and emotions into physical reality.

This exhibition will be the first for both artists with Cadogan Contemporary and will be open to the public from the 1st to the 18th of September.

Sign up to be among the first to know when new exhibitions by Leonardo Anker Vandal and Leonardo Brinati or at Cadogan Contemporary open.
Sign UpLogin