Sean Landers is a painter and multimedia artist whose work spans a wide breadth of subjects, most coming from his own personal experience. His stream of consciousness textual outpourings together with recurring figurative motifs touch on existential themes and truths about contemporary society and humanity. Across all mediums, his oeuvre provides a visualization of thoughts — executed in a humorous and confessional way, Landers' work blurs the lines between reality and fantasy, and between fact and fiction.

Landers' early work originated in his writing, which he then turned into drawings and paintings in which the text became the image. This confessional, autobiographical thread runs throughout his practice, as he experiments with a variety of subjects and themes. Landers' wide range of references also often stem from art historical periods. His Hogarth Series, for instance is based on a William Hogarth painting from 1732, and he also had a particular fascination with Magritte's Vache period, which inspired him to make use of the automatic drawing techniques of the Surrealists, in combination with his signature humorous yet poignant motifs of sad clowns, checkered animals, personified wooden planks and the likes. 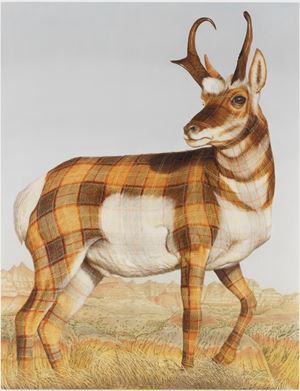 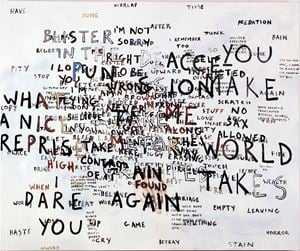 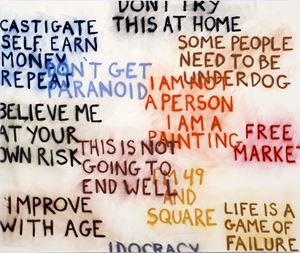