Sean Scully was born in Dublin in 1945, and grew up in the south of London, where his family moved in 1949. He began painting in the late 1960s, and moved to New York City in 1975; he became an American citizen in 1983. Scully has shown extensively, both nationally and internationally, including, most recently, at the Hirshhorn Museum and Sculpture Garden, Washington, D.C., Yorkshire Sculpture Park, West Bretton, England, the State Russian Museum, St. Petersburg, Russia, the Wadsworth Atheneum, Connecticut, the National Gallery of Art in London and San Giorgio Maggiore for the Venice Biennale, Upcoming solo exhibitions include the Albertina, Vienna, and in 2020 a major retrospective at the Philadelphia Museum of Art.

Sean Scully is known for rich, painterly abstractions in which stripes or blocks of layered colour are a prevailing motif. The delineated geometry of his work provides structure for an expressive, physical rendering of colour, light, and texture. Scully’s simplification of his compositions and use of repetitive forms—squares, rectangles, bands—echoes architectural motifs (doors, windows, walls) and in this way appeals to a universal understanding and temporal navigation of the picture plane. However, the intimacy of Scully’s process, in which he layers and manipulates paint with varying brushstrokes and sensibilities, results in a highly sensual and tactile materiality. His colours and their interactions, often subtly harmonised, elicit profound emotional associations. Scully does not shy away from Romantic ideals and the potential for personal revelation. He strives to combine, as he has said, 'intimacy with monumentality.' 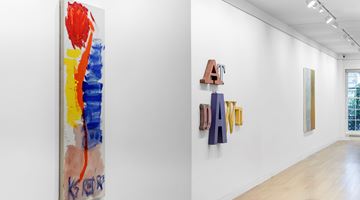 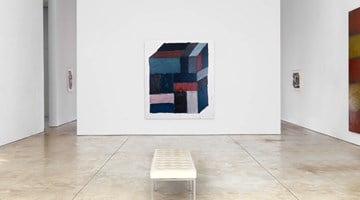 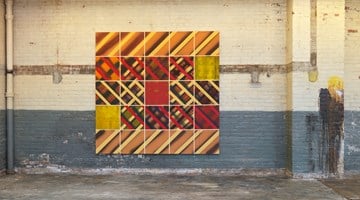 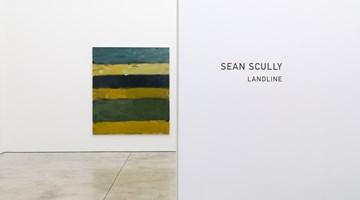 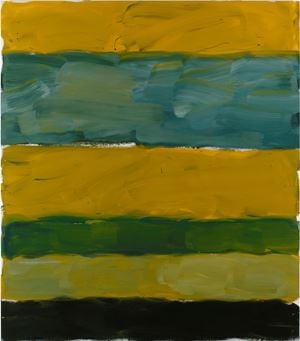 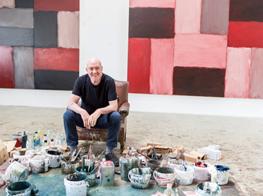 I’m very tenacious intellectually, and very hot emotionally. I think that’s like a galloping stage coach, you know, with a black horse and a white horse pulling it. 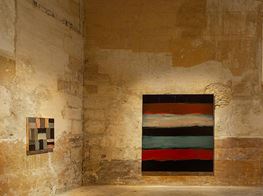 'I'm the Donald Trump of the art world,' Sean Scully jokingly declared in the BBC documentary released in April this year about his art and life as one of the world's wealthiest living artists, in which he jets around the world on his private jet. 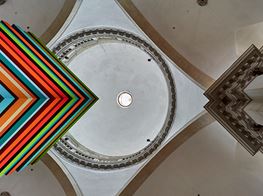 VENICE — The two most arresting exhibitions I saw among the Venice Biennale's collateral displays were Sean Scully's Human and Artists Need to Create on the Same Scale that Society Has the Capacity to Destroy: Mare Nostrum, curated by Phong Bui and Francesca Pietropaolo for The Brooklyn Rail. Scully's show is a magisterial display of a... 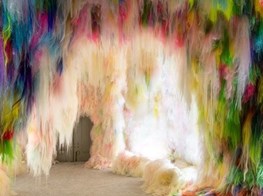 The 58 th edition of the Venice Biennale, May You Live in Interesting Times curated by Ralph Rugoff–from London’s very own Hayward Gallery–proves to be as interesting as its title promises. Venice is an easy city to get lost in, and it’s easy to see why Proust dubbed the city’s labyrinth of alleyways a network of 'innumerable slender capillary... 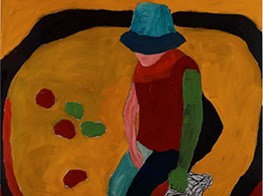 When I became an art critic in 1981 one of the first artists I met and wrote about was Sean Scully. At that time I was teaching philosophy in Pittsburgh and he, having recently moved to New York, was as yet without a dealer. We are almost the same age, and to some extent we grew up together. When we first met, he had just made the transition from...