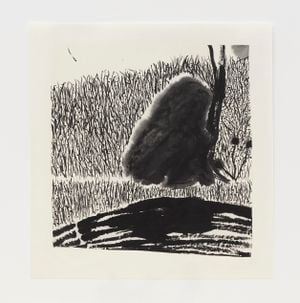 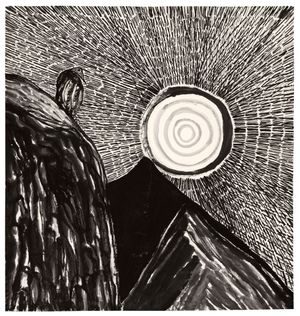 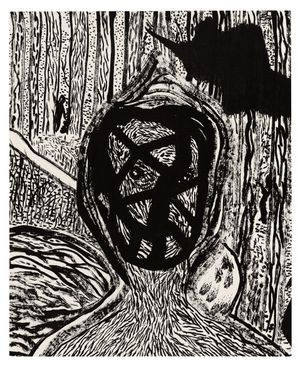 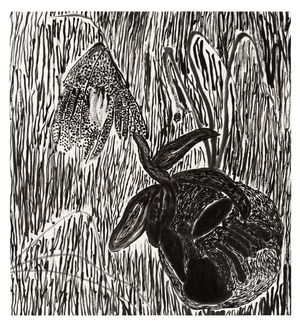 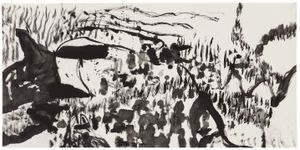 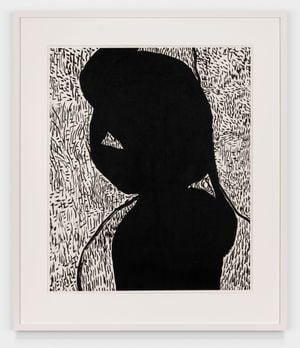 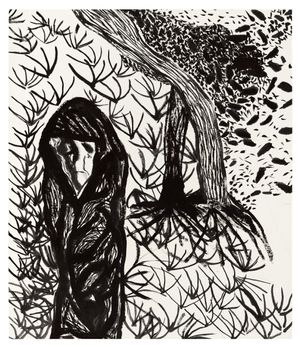 Cheim & Read is pleased to present Matthew Wong: Footprints in the Wind, Ink Drawings 2013–2017, an exhibition of ink drawings on rice paper. These works represent some of the late Canadian artist's very first efforts in painting. The exhibition opens on 5 May and runs through 11 September 2021, and is presented in collaboration with the Matthew Wong Foundation. It will be on view at Cheim & Read's ground floor exhibition space in Chelsea located at 547 West 25th Street.

The 24 ink drawings displayed in Footprints in the Wind, Ink Drawings 2013–2017 possess the crisp graphic incision of woodcuts as well as the wildly imaginative expressionism that Will Heinrich described in his 2018 New York Times review as 'psychedelic pointillism.' (1) Most of the imagery is based on nature and the landscape, while some are completely abstract. Wong lived and worked in Zhongshan, China, from 2013 through 2015, and moved back to Edmonton, Canada, in 2016. The influence of the legacy of Chinese landscape painting on these works is clear, and the young artist's deployment of these traditional materials — ink wash on rice paper — seems to be a direct reference to ancient tradition. On trips to New York City, the artist visited Cheim & Read several times and met with John Cheim, who supported Wong's earliest artistic efforts.

Throughout these works, Wong's celebration of light never excludes a dark side. Hulking black shapes sometimes dominate the images, such as the mantis-like silhouette in an untitled drawing from 2015. They are, however, surrounded by bright fields of grass or sky; centralised blazing orbs in the sky beat down on the landscape. Wong's reconciliation of opposing forces in these works might suggest he was a pantheist in the vein of Mitchell and Van Gogh. Cheim comments on these works, 'It is as if you can feel the particles in the air. The space between the interior and the exterior dissolves.'

No painter in recent memory has blazed as brightly as Wong, who struggled with Tourette syndrome, Autism, and depression, and died by suicide in 2019 at the age of 35, only a handful of years after he made his first artwork. The freedom and complexity of his surfaces have led to comparisons to Édouard Vuillard, Vincent van Gogh, Edvard Munch, Yayoi Kusama, and the early ink drawings of Louise Bourgeois. Writing in Hyperallergic in 2018, John Yau called him a 'painterly cartographer [who] literally feels his way across the landscape, dot by dot, paint stroke by paint stroke.' (2)

The exhibition will be accompanied by a fully-illustrated catalogue, along with a new commissioned essay by Dawn Chan, a New York-based writer and editor whose work appears in the the Atlantic, Artforum, Bookforum, the New York Times, the New Yorker, New York magazine, the Paris Review, among other publications. 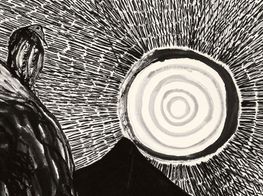 Footprints in the Wind, Ink Drawings 2013–2017 by Matthew Wong has been open for 4 days.
Sign up to be among the first to know when new exhibitions by Matthew Wong open.