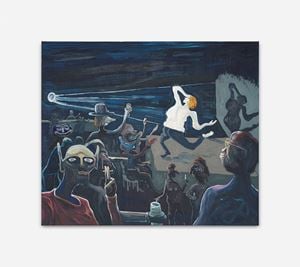 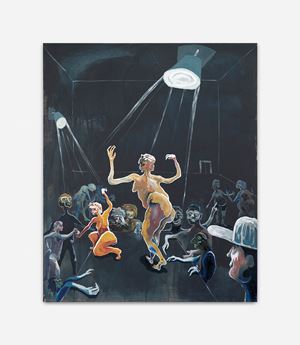 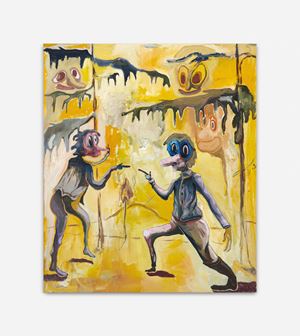 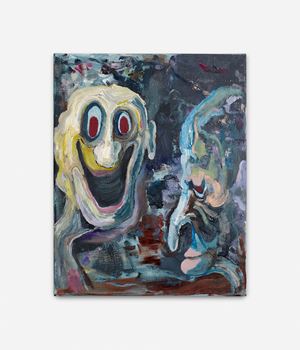 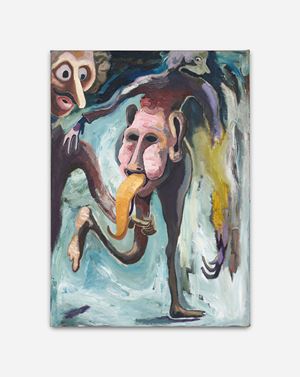 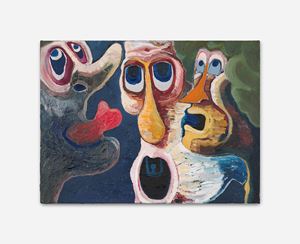 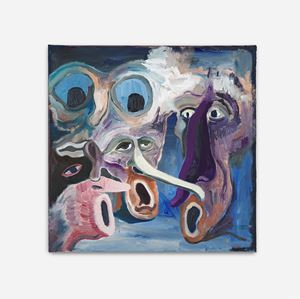 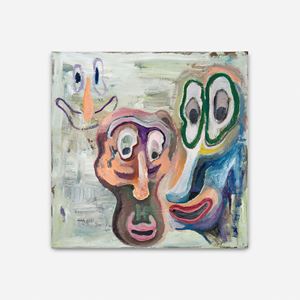 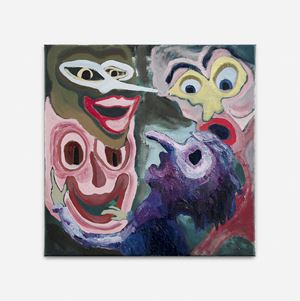 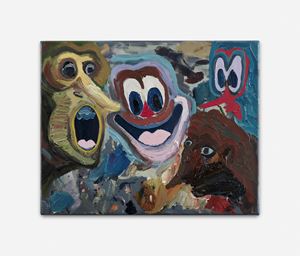 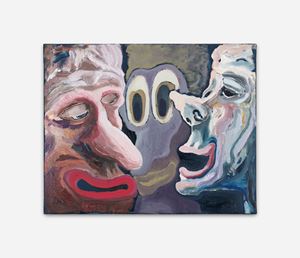 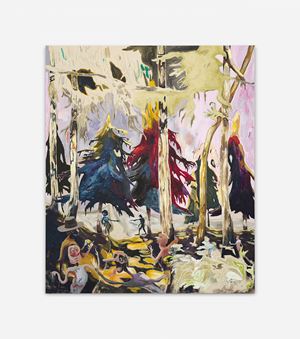 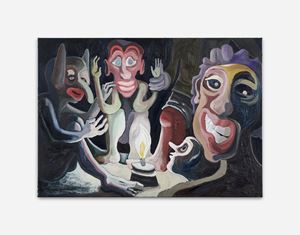 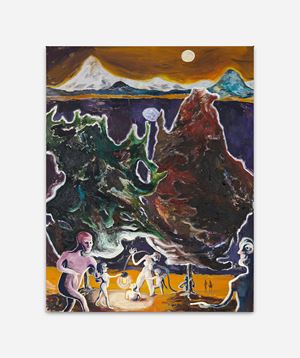 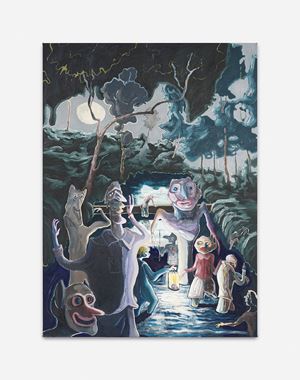 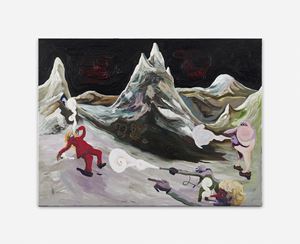 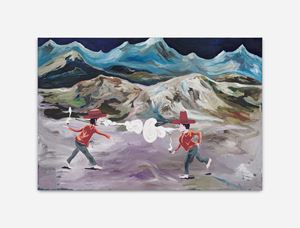 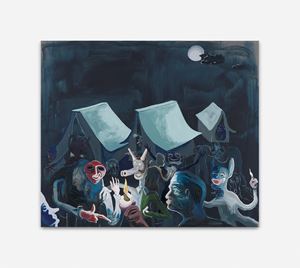 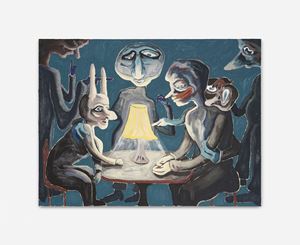 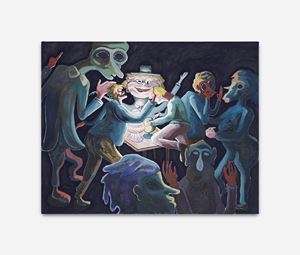 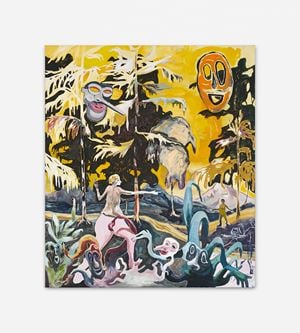 The painterly universe created by Pierre Knop takes viewers into grotesque, vibrant and ambiguous pictorial worlds. In his first solo exhibition at the Cologne gallery CHOI&LAGER Feast of Fools, the painter spins narratives in multiple series of images which oscillate between fantasy, bacchanalia and the fabulous. Opulent, sumptuous and unfathomable, the works make references to European art history and echo the painting traditions of the Renaissance, Baroque and Fin de Siècle. The viewers enter into an intoxicating panopticon.

Pierre Knop was born in 1982 in Nancy, France, and grew up in Frankfurt am Main. The artist’s focus is clearly painting which, through its power, enables him to attain sometimes explosive, sometimes frivolous, sometimes humorous and even bitterly ironic realms. Socio-political topics therefore infiltrate the scenarios that use playful nuances to highlight social mores and trends.

The picture scenarios play by their own rules: so that figures in the image are given a voice that, at first glance, may have nothing to say. Pierre Knop’s image worlds appear to be populated by simple fools, boobies and underdogs. The actors are involved in some shady acts as they duel, observe or enjoy themselves. A Feast of Fools is an exhibition which also refers to a carnival tradition of the Middle Ages. Feast of Fools represents the ‘third estate’—the view of the common people with crude jokes, criticism of the clergy and nobility, and celebrates the overturning of established power structures.

Following this line of thought, we then ask: who has the say and the authority in Knop’s scenarios? Such questions and critical reflections are formed by the brushstrokes with passion, the usual hierarchies and constellations of power are contained in the painterly narratives. At the same time however, the works evade any obvious interpretation and rational decryption. Actors and actions merge in the images and landscapes, figures and even day and night flow organically in to each other. The pictures are an invitation to express the unsayable and our deep desires.

Sign up to be among the first to know when new exhibitions by Pierre Knop or at Choi&Lager Gallery open.
Sign Up