LA-based artist Cleon Peterson has an aesthetic deeply rooted in Western cultural history, from the classic Greco-Roman vases depicting warriors and battles, to the marvelous decapitation paintings of Caravaggio and violent masterpieces of Goya. His art depicts a world in which deviance is the norm and violence, sex, and drugs bring a hollow pleasure. The imagery has a strong graphic quality. Peterson does not rely on symbolism or allusion, as many other artists do; instead he depicts a chaotic and chilling reality—police brutality, stabbings, and strangulation. Peterson portrays a world in which hostility and violence are rendered senseless and without context. His figures - often seen clashing - symbolise a struggle between power and submission in the fluctuating structures of contemporary society. 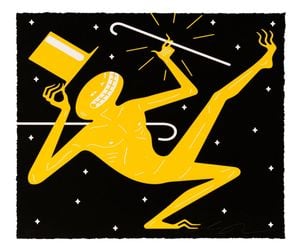 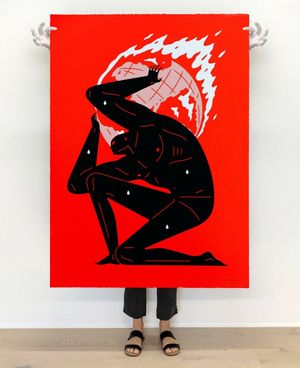 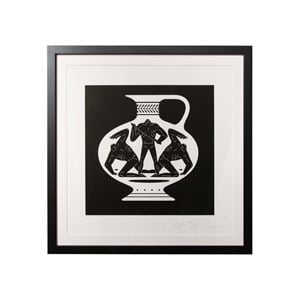 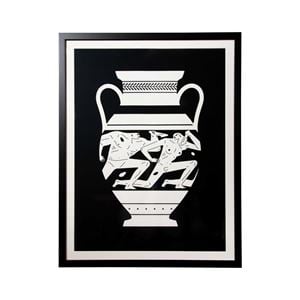 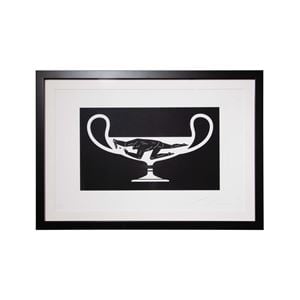 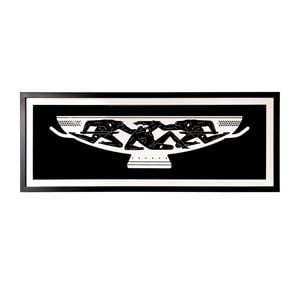 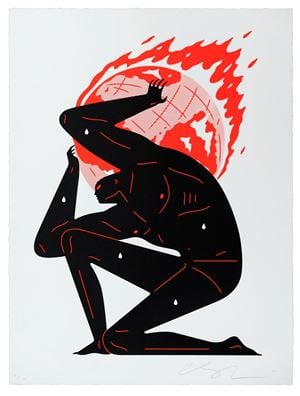