Expanding on the legacies of artists such as Keith Haring and Andy Warhol, Shepard Fairey's practice disrupts the distinction between fine art, street art, and graphic design. A major artist of the street art movement, Fairey rose to prominence in the early 1990s through the dispersion of posters, stickers, and murals, related to his Obey Giant campaign, which yielded an international cultural phenomenon. Fairey's iconic poster of President Barack Obama was adopted as the official emblem associated with the presidential campaign and encapsulates a number of recurring concerns in the artist's work, including propaganda, portraiture, and political power.

Fairey blurs the boundary between different genres in art through image and text, communicating his brand of social critique via prints, murals, stickers, and posters in public spaces. 'Art is not always meant to be decorative or soothing, in fact, it can create uncomfortable conversations and stimulate uncomfortable emotions,' Fairey has stated.

'For me', says Fairey, 'street art has always been about populism and emPOWERment. The recent embrace of street art in the art world as a legitimate genre demonstrates the power of accessible, relatable imagery, and in many ways builds upon the triumphs of Pop Art.'

Fairey currently lives and works in Los Angeles, CA. His works are included in the collections of the Smithsonian in Washington, D.C., the Los Angeles County Museum of Art, and the Victoria and Albert Museum in London. 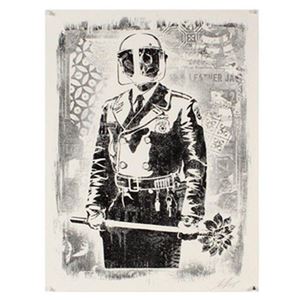 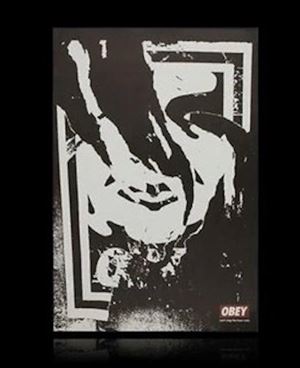 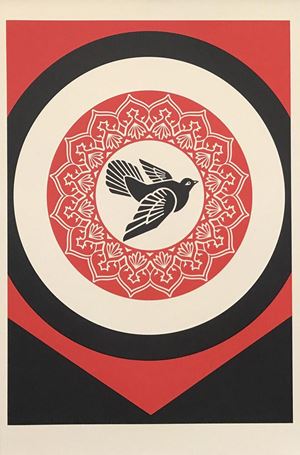 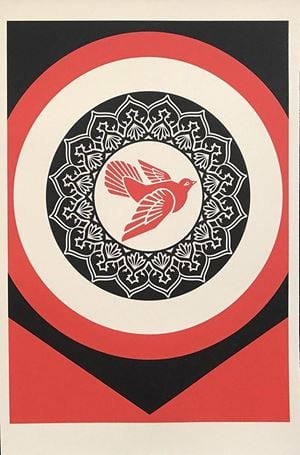