Ludwig Wilding (Grünstadt 19 May 1927—Buchholz in der Nordheide 4 January 2010) was one of the greatest representative of kinetic art in Germany. Wilding was born in Grünstadt; after studying art-history an philosophy at Mainz University he attended courses at Fine Art Academy in Stuttgart at Willi Baumeister. In 1960 Wilding was in contact with 'GRAV' in Paris and became member of 'Nouvelle Tendance'; with this group he joined in 1965 the exhibition at Musée des Art Decoratives in Paris and, in the same year, he took part in the great exhibition The Responsive Eye held at MoMa in New York. In 1967 his work was included in the exhibition Kinetika at Museum des 20 Jarhunderts in Wien. In 1969 he had a show at Denise René Gallery in Paris and in 1976 he held a solo exhibition at Düsseldorf Kunsthalle. In 1983 his work was included in L'ultima avanguardia at Palazzo Reale in Milan. In 2004 some of his works were shown at the exhibition Eyes, Lies, and Illusions, Hayward Gallery, London and in 2007 at Optic Nerve: Perceptual Art of the 1960s, The Columbus Museum of Art, Ohio. In the same year the Museum für Konkrete Kunst, Ingolstadt, present a great anthological show. In 2008 he exhibited at Espace Meyer Zafra, Paris and in 2012 at the Galerie Renate Kammer, Hamburg. In 2013 Dep Art Gallery brings back to Italy a great exhibition of Ludwig Wilding after ten years from the last Italian show in Arte Struktura, curated by Getulio Alviani. 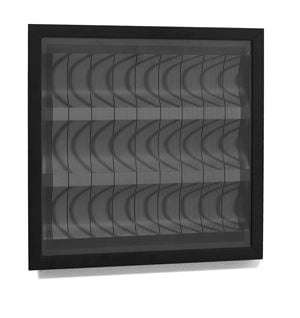 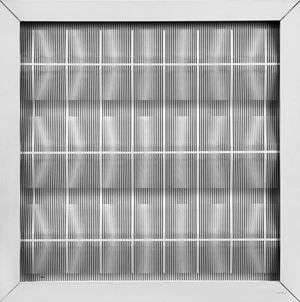