In the mid-70s, Pizzi Cannella enrolled in a painting class led by Alberto Viveri at the Academy of Fine Arts in Rome where he also attended a Philosophy course at La Sapienza University. Conceptual art is, in these years, a necessary step for the formation of a contemporary artist. But the artist, who is much more sensitive to a 'carnal' language capable of arousing emotion, and of establishing a relationship that is not purely cerebral, finds the then dominating art forms rather rigid.

He develops an interest in the historical avant-garde and embarks on a phase of intense experimentation. Pizzi Cannella participates right away in the activities off the newly founded Roman gallery 'La Stanza' which is an exhibition space managed by a group of artists (Antonio Borzi, Stefano Di Stasio, Salvatore Marroe and Arnaldo Sanna, joined by Giuseppe Gallo, Bruno Ceccobelli, Alberto Di Stasio, Claudio Fazio among others). At the same gallery, the artist will hold his first solo exhibition in 1977 (followed by a second one a year later) with works that associate photographic sequences with written texts.

Very soon, there is increasing evidence Pizzi Cannella is veering away from this first neo-avantgarde experiments. He first turns again to drawing and then, in the late 70s, to painting. His work will eventually take place 'on the sidelines', with an apparent simplistic style in which the artist suppresses all the elements that are not indispensable. Some see in it a metaphysical painting, that comes close to that of Giorgio Morandi, as Pizzi Cannella's work centres on themes such as chairs, lances, arrows, tambourines, women's dresses or shells, which he depicts individually or in combination with each other. Today internationally recognised, Piero Pizzi Cannella is one of the most singular artists of a generation of painters, who, during the 80s, opened up objects for a new interpretation: simple and often austere. In his latest work, the artist superimposes the two languages of are painting and drawing, aiming to break the barriers between the two expressions.

He lives and works in Rome. 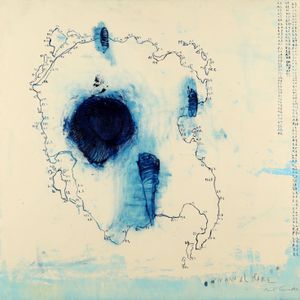