Nisky Yu (birth name Yu Yang, b.1989, Shanghai) has always been exploring in both realms of painting and music. Nisky is an alias forged from the last letters of Federico Fellini and Krzysztof Kieslowski, as homage to the artist's favorite filmmakers.

Nisky's works are the result of an ever-lasting cross-disciplinary interest in fine arts, music, literature, and cinema. "Metacollage" is a new concept evolved from the artist's practice on paper and canvas — an attempt to "surpass the limits of collage" and to form a "superior unit" between painting and other art forms, based on the "syntactic structure" of different materials through a chain of chemical reactions, ultimately to attain a "complete osmosis". For this creative enterprise the artist opts for materials that are rich in contradictions and struggles, thus revisiting traditions while moving forward.

Since 2012, the artist has been represented exclusively by Galerie Dumonteil. Nisky's work has been the subject of solo exhibitions including Phosphenes I & II (2017), The Interlacement Landscape (2014), The Circular Maze (2013), Multi-Nisky (2011), etc. The artist has also participated in international art fairs such as PAD Paris, PAD London, Art021, and Jing Art Beijing, etc. And his work has been collected by both Chinese and international private collectors and corporations, among which includes a permanent display at Xintiandi, Shanghai. 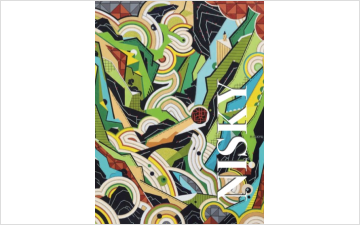