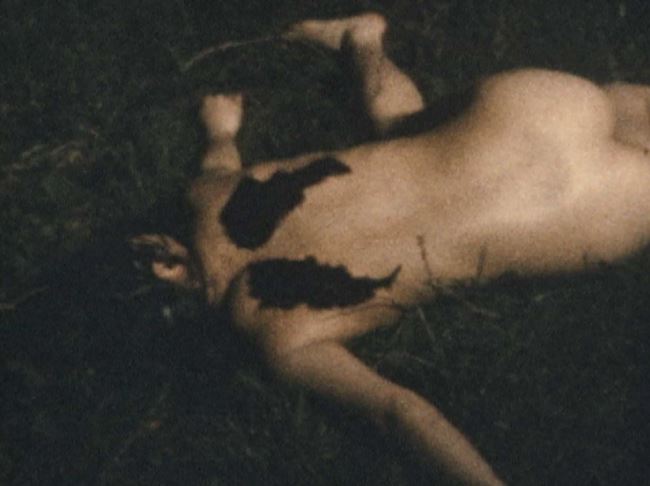 13 mins, 8 mm transferred to SD video, edition 1/5
'Their Bird' is based on Hayama’s childhood memories of a forest in the Chūbu region of Japan which she often visited during holidays. Returning to this forest with her sister as an adult, Hayama created this film with only the two of them as the crew; one of them pretended to be a bird and the other operated an 8mm camera for the very first time. The film presents an enigmatic tale in which a human visits the forest and attempts to inhabit the consciousness of a bird-(wo)man. Courtesy Empty Gallery.

Sign up to be notified when new artworks and exhibitions at Empty Gallery are added to Ocula.
Sign UpLogin