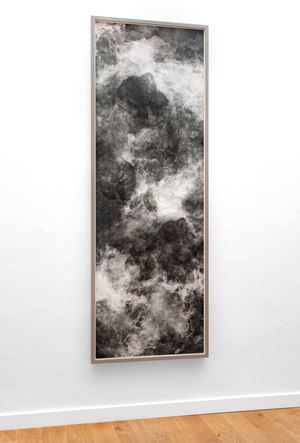 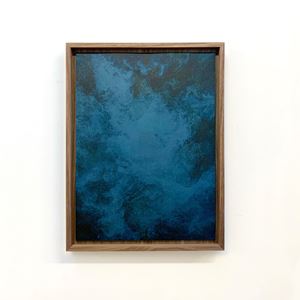 Transcendence–outside time is a duo-exhibition with Valérie Belin (1964, France) and Kim Boske (1978, The Netherlands). The meticulously crafted images of the artists are united by the subject of exploring transcendence. Belin and Boske approach photography as a material, rather than a medium, placing subjects out of context and time. They strip away the function of representation and search for realities beyond the signified. Their work can be described as trans-semiotic: they use iconic signifiers to challenge the expectation of the viewer and let us rethink the way we inhabit the world. The known categories that normally equip our gaze obtain new meaning, causing their images to dance with transversal energy.

Valérie Belin is one of the most celebrated French photographers working today. In presenting her work in The Netherlands FLATLAND will work closely with the esteemed gallery Nathalie Obadia in Paris/Brussels who has been working with her for years. Initially influenced by various minimalist and conceptual tendencies, Valérie Belin became interested in the photographic medium in its own right; this is at once the subject of her work and her way of reflecting and creating. Light, matter and the "body" of things and beings in general, as well as their transformations and representations, constitute the terrain of her experiments and the world of her artistic ideas.

Known for her photography-based works on nature, Dutch artist Kim Boske is not concerned with the subject of nature itself, but uses nature as a concept since it forms a process of changes and motion. By using multiple layers in her photographic images, Kim Boske tries to place, one layer upon the other, different moments in time. Through these composed images of different visual time fragments, Kim Boske is searching for an autonomous image that represents a state of constant change. In her view time itself is a structure made up of smaller, differentiated structures, just as reality is an unlimited field of differentials, which moves disorderly alongside each other. Positioned vertically, Kim Boske's new photobased work Akui Gawa demonstrates several vanishing points in the river to differentiate scenes and to suggest heavy streams of water, disappearing amidst whitish irregular areas, only to reappear as effervescent currents. With this large photography-based work of 282 cm height and 94 cm width Kim Boske has completed something that exposes moving cycles of life.

Sign up to be notified when new artworks and exhibitions at FLATLAND are added to Ocula.
Sign Up