Helen Levitt (1913-2009) began photographing New York City street scenes in the late 1930s. Her photographs capture the dynamism of the urban environment, with a specific eye to the unconsciously choreographed play-life of children. Levitt's pictures address the interaction in the urban theatre, and in particular document the resourceful nature of children as they create entire worlds from simple materials and their imaginations. In the 1970's Levitt began photographing in color and proved herself as a gifted color photographer. A Way of Seeing, Helen Levitt, Slide Show, and In the Street number among her monographs. Her work is held in the collections of the Art Institute of Chicago, Corcoran Gallery of Art, Washington, D.C., the Metropolitan Museum of Art, and the Whitney Museum, among many others. 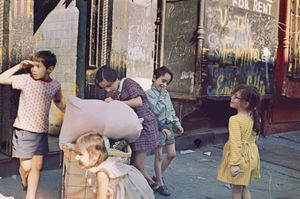 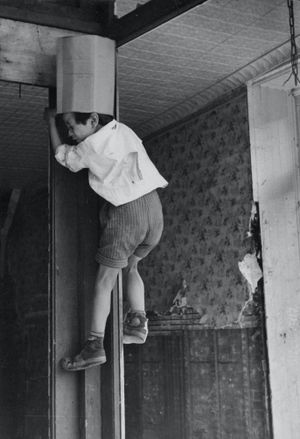 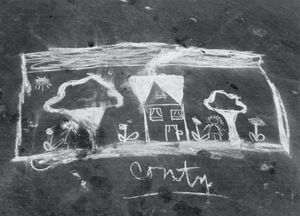 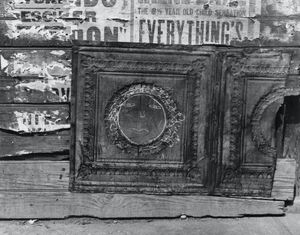