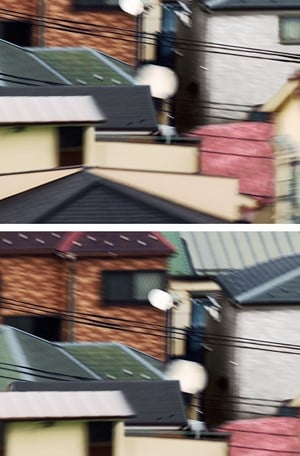 'You never notice arbitrary details in my work. On a formal level, countless interrelated micro- and macrostructures are woven together, determined by an overall organisational principle.'–Andreas Gursky

Gagosian is pleased to present a special installation of new and earlier works by Andreas Gursky at the Gstaad Saanen private airport.

Gursky's large-scale photographs evoke the complexity of global connectedness via the enormous amounts of information that flow through his images like data streams: the chaos of contemporary life competing with the classical desire for order. From threats to the environment to the world's exploding population and cities, Gursky portrays the extremes of the present moment with a coolly objective eye. His photographs capture built and natural environments on a grand scale, with individual or granular elements whirling into totalities. Though similar in their sweep and scope to early nineteenth-century landscape paintings, his images retain the hard precision of digital photography.

Gursky's works from the early 1990s depict factories, stock exchanges, airports, golf courses, highways, and buildings, often from aerial viewpoints that reveal the patterns of crowds and infrastructure. In 1996 he moved away from this perspective in favour of deadpan frontal views, as in Gucci (1996/2016), which displays bags and shoes arranged on brightly lit shelves—a minimalist altar of luxury fashion.

As photographic technologies evolved rapidly over the past twenty years, Gursky began digitally manipulating his images, and, correspondingly, creating new methods of production and display. Qatar (2012) depicts the interior of a shipping tanker used to transport liquid gas in the Persian Gulf. The massive container was photographed empty while undergoing a routine cleaning, the gleaming golden metal strangely symbolic of the meteoric economic growth of the Arab state. Its opulence evokes fantasies of staggering wealth, while its hermetic closure brings to mind a pharaoh's tomb. Within the setting, Gursky's presentation of an anonymous worker performing some unspecified labour suggests a recalibration of the hierarchies of value between human and machine.

Locating an abstract composition within a rural landscape, in Ibiza (2016) Gursky captures what appears to be the intersection of two country roads. As power lines overlap with a streetlamp, and a bunch of colourful balloons dangles in front of a utility box, the photograph is a reminder of the forms, routes, and objects we live with yet don't always notice. Similarly, Tokyo (2017)—shot from a bullet train—captures the city's miniature architecture and the density and irregularity of its buildings, fusing the ceaseless movement of data, people, and mass culture with the stillness of metaphysical reflection.

Sign up to be among the first to know when new exhibitions by Andreas Gursky or at Gagosian open.