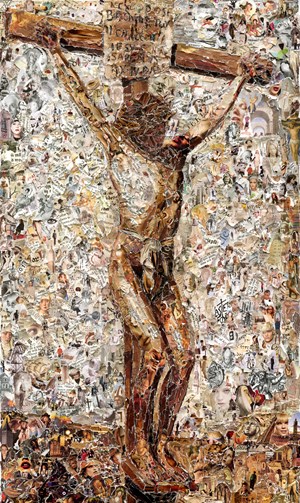 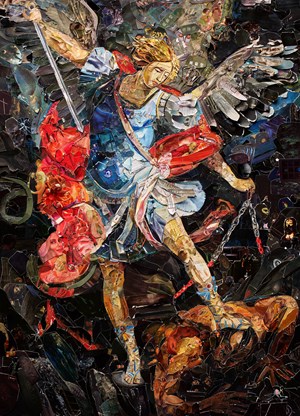 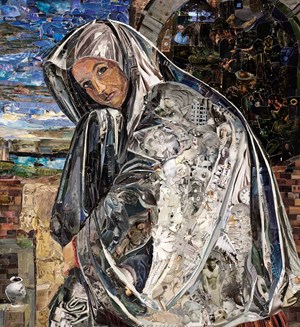 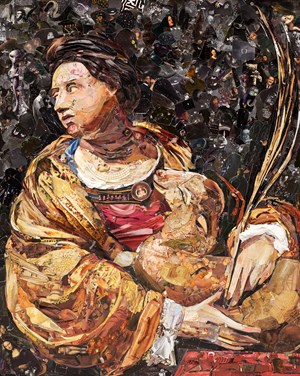 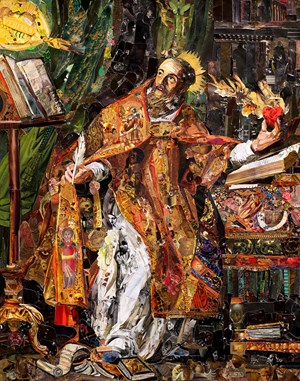 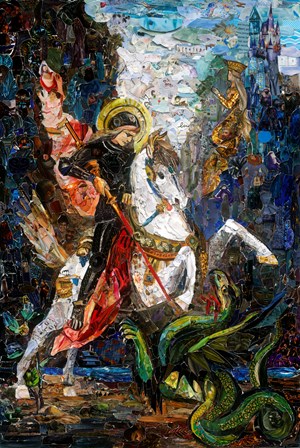 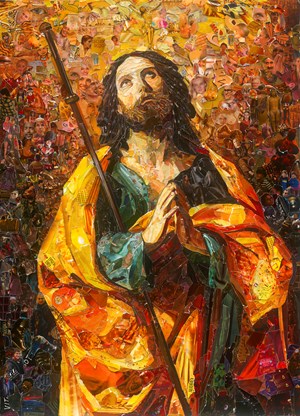 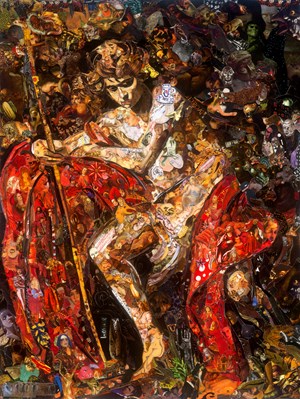 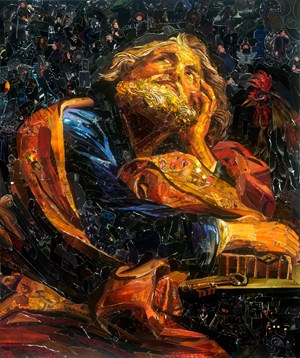 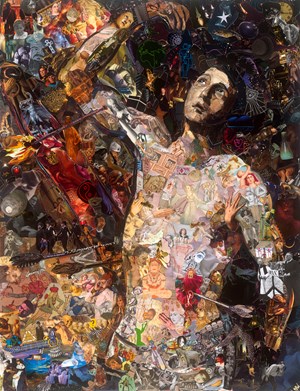 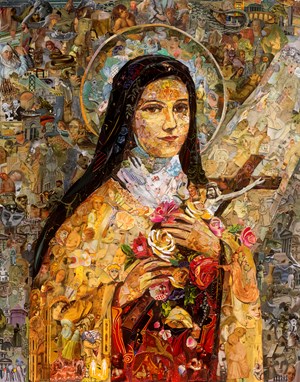 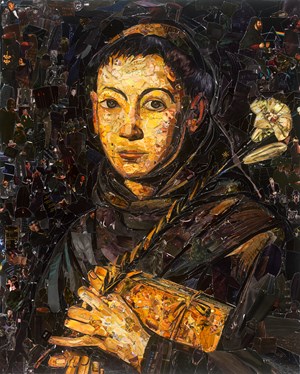 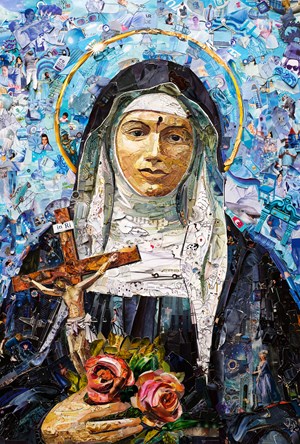 With the support of Galeria Nara Roesler, Vik Muniz presents Imaginária, an exhibition that brings together 14 unprecedented works from the Repro series, in which the artist recreates images of historical works of art, making use of advertisements, leaflets and other materials published by museums. In Imaginária, the artist reproduces historical images of saints by artists such as Giovanni Battista Tiepolo, Guido Reni, Simon Vouet, among others.

The exhibition is held on behalf of the Casa Santa Ignez, a centennial house in the neighborhood of Gávea, in Rio de Janeiro, which receives 250 children daily in a daycare and Children’s Workshop, offering educational support, as well as meeting their basic needs. A percentage of the sales from all works will be reverted to support Casa Santa Ignez.

Every human question has always had something to do with the way people interpret reality. Our relationship with what is happening around us is the result of a continuous evolution through art, science and religion. In this process, art has always sought to negotiate a worldview that blended the physical logic of science with the spiritual dogmatism of religion in order to bring these two absolute notions closer to human experience.

The artist gives spirit to inanimate material and physical form to the supernatural essence of faith. Art blends fundamental elements of belief and experience to advance a consensus about reality, which although never uniform has been the basis of all the development of our species since the dawn of civilisation.

Life is nothing more than material imbued with awareness and knowledge. Thus, all living material is sapient, every living thing possesses some sort of knowledge. Among all the living beings, however, the human race is the only one able to believe and to have faith in things beyond the reach of their own immediate sensations. Faith is a particularity exclusive quality of our species, having been developed over thousands of years by clerics, scientists and artists. Believing means forging a relationship with the world beyond the mind, beyond the limits of the senses of time, of physical presence, and of life itself. Faith makes man a unique animal insofar as it allows him to transcend his physical and temporal existence and to forge a relationship with the universe as a whole.

As a contemporary artist, I have always been eager to share the themes that have contributed to the development of the culture of images. My relationship with sacred art in this contemporary context, however, has always been ambivalently restrained by contextual norms contrary to the practice or illustration of religious forms. It is in this unique and unorthodox context that I found the rightful freedom to work with these themes that are close to my personal life and yet distant from current art. As someone who has always worked with the act of believing, I finally illustrate here, through the confused lens of the contemporary outlook, images of those who dared to believe more than everyone else. Art most resembles life in terms of how its apotheosis results from the faith invested in it. The saints, examples of faith and transcendence, continue to teach us to believe and to live as true human beings.

Vik Muniz was born in São Paulo, 1961 and he lives and works in New York, United States. He is known for his photographs of re-imagined art historical and popular imagery, which he recreates in a variety of materials–from chocolate and sugar to junk and toys. Muniz began his career in New York in the late 1980s and has since become widely recognised. The artist also engages in social work, starting from the premise that art is an agent of transformation. His series Pictures of Garbage (2008), which consists of photographic portraits made from trash, inspired the documentary Waste Land (Lucy Walker, 2010), nominated to an Oscar in 2010. The artist’s work has been featured in several biennials, including the 24th Bienal de São de Paulo (1998) and the Whitney Biennial, New York (2000). He also represented Brazil in the 49th Biennale di Venezia (2001) and participated in the 56th e 57th editions of the Biennale (2015 and 2017).

Mon - Sat, 11am - 3pm
Book your visit via the link or by emailing agendamento.rj@nararoesler.art

Sign up to be among the first to know when new exhibitions by Vik Muniz or at Galeria Nara Roesler open.
Sign UpLogin