Nicholas Woods´ first show with Galería Pelaires was in 2016. The show marked a dramatic return to large-scale painting on canvas by the artist whose work over the previous several years had been primarily characterised by pastel drawings on paper and site-specific wall drawings using pure powder pigments.

With this new body of work, Woods launched into a free-wheeling, emotive exploration of the expressive possibilities of color and paint. The artist eschews any notions of a ?signature style? employing a highly fluid and experimental working method. This allows the spontaneous nature of the paint itself to dictate the direction each painting takes in an ever-changing process that evolves as each painting progresses. The liquid nature of urethane is such that the painting must be painted from above, with the canvas lying horizontally.

Recent projects include multiple works for the permanent collection of the Crillon Hotel in Paris, and a 5 storey mural on the glass façade of the Ibiza Gran Hotel in Ibiza.

Woods spent his childhood in New York City and Madrid, Spain. He has lived for extensive periods in both Spain and the U.S. He attended Tyler School of Art´s program in Rome and graduated from Middlebury College in 1993. He has lived in Mallorca for the last 10 years. 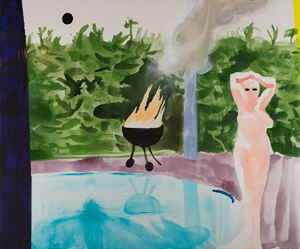 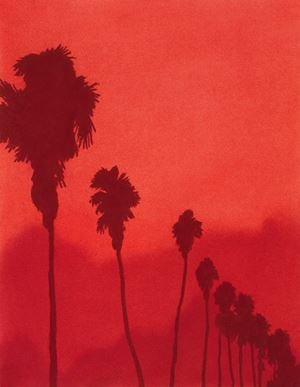 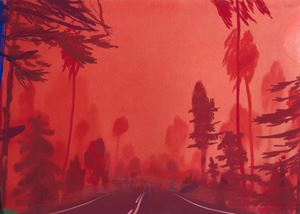