Ernest Pignon-Ernest was born in Nice in February 1942. Since the 1960s, he has made the street his main place of expression: he glues silk-screen prints and drawings with a strong political, historical and social character. On the walls of Paris, Naples, Algiers, Nice, Ramallah, Soweto and Haiti he has placed strong images that have left their mark on people's minds. Nourished by the plastic, poetic and historical potential of these places, his images present or resurrect characters from history, literature, but also anonymous people. It was in 1965 that he came up with the idea of working outdoors. His studio in Vaucluse is located a few kilometres from the Albion plateau, the centre of the French state's atomic force. Wishing to express his opposition to the bomb, he took a photograph of Hiroshima: a wall, where only the shadow of a ladder and a man remains. After making stencils of this image, he sticks them on the rocks, houses and trees along the roads leading to the missile silos. In 1971, he printed serigraphs for the centenary of La Commune and glued them on the steps of the Sacré Coeur and the metro. In 1980, following his intervention against the Nice / Cape Town twinning, the United Nations Special Committee against Apartheid asked him to design a poster calling for the liberation of Nelson Mandela. With Antonio Saura and Jacques Derrida, he set up the Art Against Apartheid project, which took the form of a travelling museum denouncing the South African racist system throughout the world. Arman, Robert Rauschenberg and Roy Lichtenstein, among others, became involved and the project was presented to the UN a year later. In 1996 he met Nelson Mandela and presented the works to the Cape Town Parliament. In 1991 he had his first exhibition at the Galerie Lelong, entitled Naples, lavori in corso, which gives a first assessment of his months of work in Naples. A monograph was then published by Herscher. On the evening of the opening, he met André Velter, with whom he became friends. Their collaboration produces several books, including : Ernest Pignon-Ernest, la monographie (2007); Ernest Pignon-Ernest, Extases (2008); Ceux de la poésie vécue (2017). In 2001, invited by the French Institute of South Africa, he went to Johannesburg to work. Discovering the extent of the AIDS pandemic on the spot, he then devoted his project to it. Recently it was in Haiti that Ernest Pignon-Ernest pasted his drawings in the ruins of the Port-au-Prince cathedral destroyed by the earthquake. In 2019 he realised in Nice a project in homage to Garibaldi around the Victory of Samothrace (allied to the goddess Niké, who gave his name to Nice). At the Garibaldi tram stop, there is a representation of the young Italian, dressed as a fisherman, installed on a facsimile of the famous Greek sculpture. Ernest Pignon-Ernest likes to work on a character. In 1978, annoyed by the political hijacking of 'changing life', he began the Rimbaud series. In 2009, in Ramallah (administrative capital of the Palestinian Authority), he brings back to life Mahmoud Darwich who had died a year earlier. He sticks portraits of the Palestinian poet in the streets of the city, at border crossings and on the separation wall. The portraits of poets will constitute a guiding thread in his work: Artaud, Nerval, Desnos, Neruda, Verlaine, Garcia Lorca, René Char, Baudelaire, Apollinaire, Cendrars, Eluard, Aragon, Genet, Pasolini and many others. In 2015, on the anniversary of his death, he returns to Pier Paolo Pasolini and represents him in pietà. This image is stuck on the walls of Rome, Ostia, Scampia, a popular district on the outskirts of Naples, and Matera. Naples is a city that Ernest Pignon-Ernest is particularly fond of; since 1988 he has been pasting drawings there regularly. In 2019, he temporarily installs there his Extases linked to the mystics of past centuries, in the crypt of a church. The works of Ernest Pignon Ernest are present in French collections, including: the National Museum of Modern Art, Paris; the Museum of Modern Art of the City of Paris; the Museum of Grenoble; the Arthur Rimbaud Museum, Charleville; the FRAC Basse-Normandie, Caen; the Museum of Fine Arts in Evreux; the Museum of Fine Arts in Caen, the Museum of Modern Art and Contemporary Art in Nice. In 2019, a major retrospective of his work will be held at the Palais des Papes in Avignon. 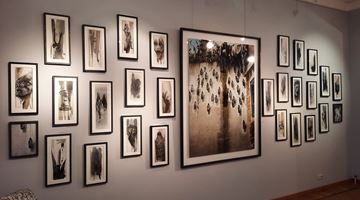 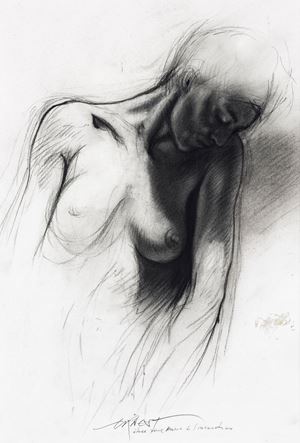 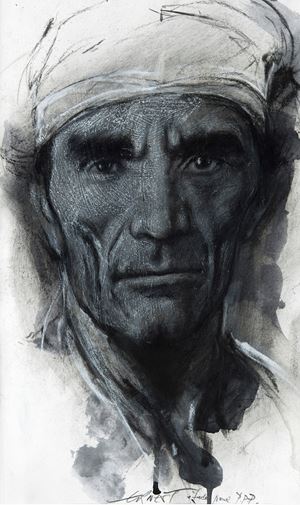 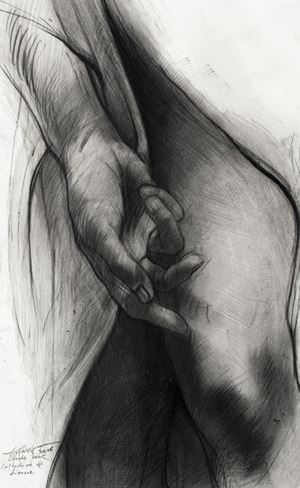 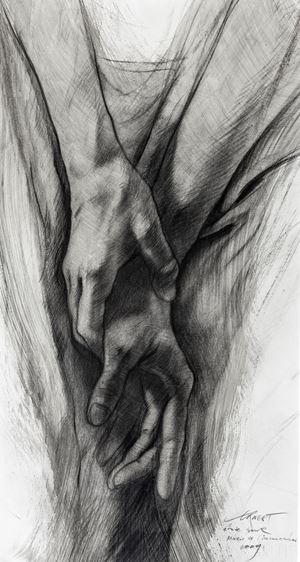 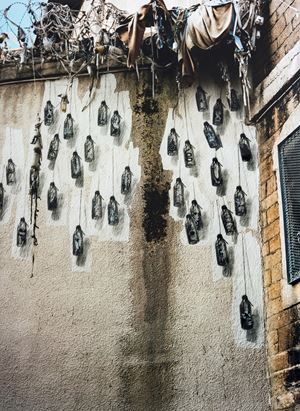 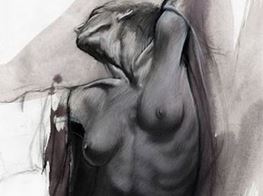