Jean Peyrissac received his education from the Jesuits. As a young man he began medical studies, which he soon abandoned because of the First World War, for which he enlisted as a volunteer in the 57th Artillery Regiment in Toulouse. The premature cessation of his studies allowed him to devote himself to his passion for drawing. In 1919, Jean Peyrissac married Denise Melia-Bertomeu, daughter of Algerian tobacco manufacturers, for whom he moved to Algiers where he lived at her side from 1920 to 1957, returning to France in 1957 because of the political context.

Despite his geographical isolation from the artistic scene, Jean Peyrissac nourished his work with many influences, notably through his travels and his collection of art books and magazines. For example, on his travels to Spain, he was impressed by the works of El Greco, while during his stay at the Bauhaus, he interviewed Kandinsky and Klee. As an artist of his time and yet marginal, he was introduced to the Parisian art scene in 1927 with an exhibition devoted to him at the Galerie des Quatre Chemins. His success will also make him exhibit, in 1948, at the Galerie Maeght, where he presents his first mobiles.

Jean Peyrissac's pictorial work was inspired by his meeting with Picasso, whose cubist influence can be found in his work through the use of cylindrical and geometric forms, but also by surrealism in the treatment of his subjects and constructivism in the adjustment of shapes and planes. Dealing with figurative and abstract subjects, he incorporated a recurring sense of poetry and incongruity, referring to the metaphysical influence of the Italian artist Giorgio de Chirico. 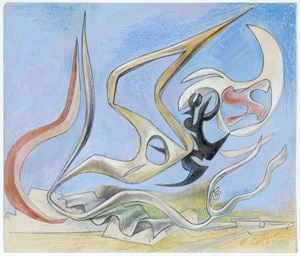 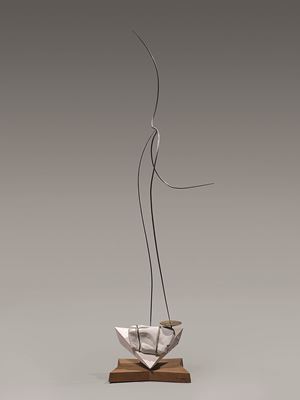