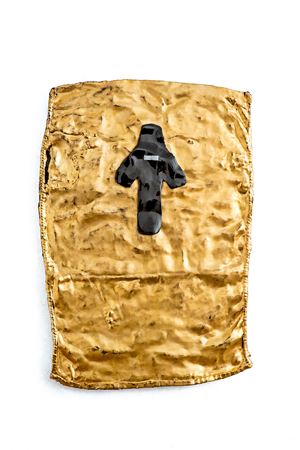 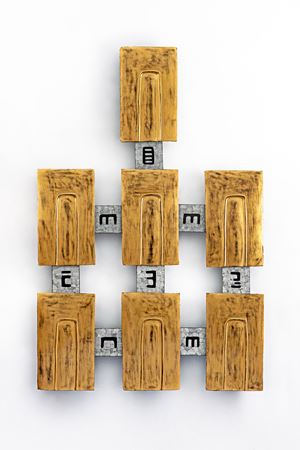 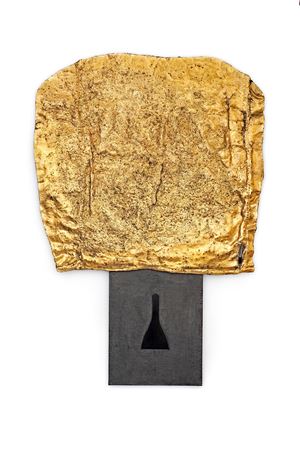 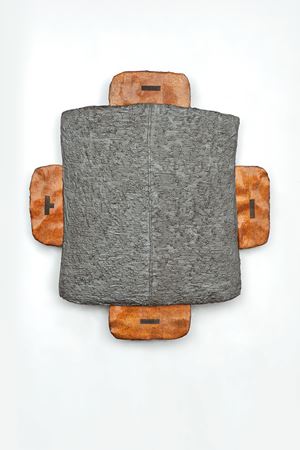 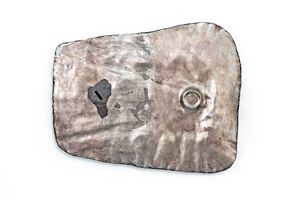 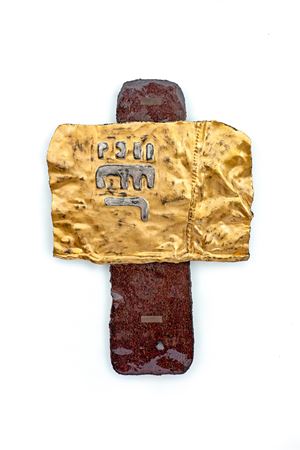 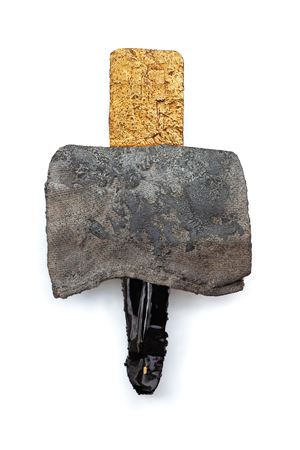 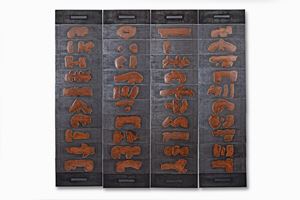 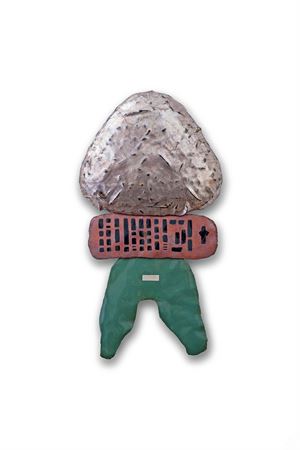 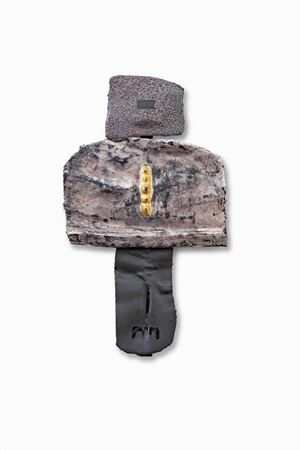 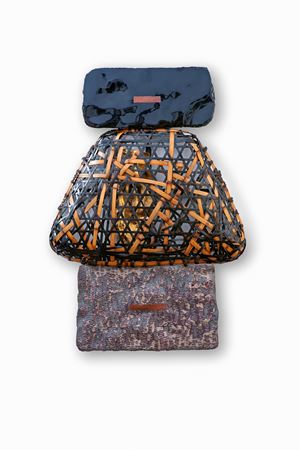 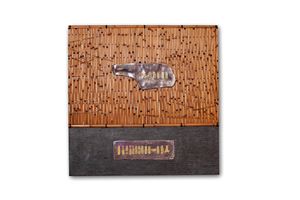 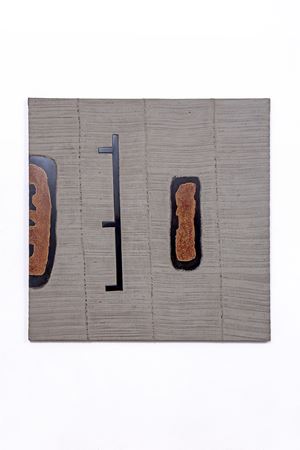 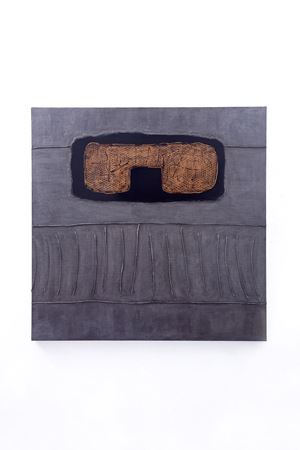 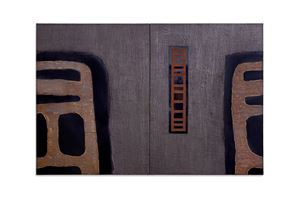 Galerie Dumonteil Shanghai is proud and privileged to present Wandering, a solo exhibition of critically-acclaimed French artist Wensen Qi (formerly known as Vincent Cazeneuve, b. 1977, Toulouse region, France), gathering 15 pieces of his most prominent installation creations over the past year. Covering Wensen Qi's latest explorations with lacquer art and composite materials, the exhibition seeks to reveal the rich material-based experiences and touches embedded in his ultra-simplistic aesthetic style. The title Wandering not only points to the trials with various natural materials by the artist, who has been traversing both eastern and western cultures, but also depicts the nature within the aesthetics context, celebrating and contemplating the essence of nature and the circle of life.

After The Enduring Practices of Lacquer, staged in Shanghai (2018) and Paris (2019), Wandering marks yet another zoom-in on traditional lacquer art in the contemporary discourse as well as an attempt to showcase the celebrated artform's aesthetics and values under the new perspective. As the Asian branch of a French art gallery, Galerie Dumonteil Shanghai has always been committed to cultural exchanges between the East and the West, in particular, dialogues between China and France, as it pursues possibilities to foster diversified dialogues in the art field. And the upcoming solo exhibition of Wensen Qi also manifests the gallery's attention to and active support for rising young artists.

Materials for Transformation, Nature for Circles

The biggest highlight of Wensen Qi's artistic narratives lies with his exploration and diversified use of materials. 'I paint with materials, rather than paints.' He is fascinated with integrating various unusual materials in lacquer art, such as canvas, rope, leather, etc. And for Wandering, his creations involve more than 20 different materials - ramie fabric, gold leaves, old rice bags, iron powder, Moso bamboo ... Taking the work Untitled (#WQI080) as an example, one plane alone is decorated by a rich combination of six materials, including lacquer, wood panel, bamboo, oxidised silver leaves, gold leaves, and graphite. And it is such a diversity of materials that makes the work no linger limited to a single dimension and assume a three-dimensional texture.

For Wensen, all materials are never subject to a difference by grades, high or low - they vary only in temperaments and styles. He believes that the observation of natural materials can trigger an intuitive yet sensual emotional connotation. Either the roughness of linen or the softness of lacquer, the textures of materials, as they pass through hands, become a window for Wensen to experience the world. Then, the touches are translated into visual works with his layering, grinding, and polishing of materials, which allows people to experience, through observation, the characteristics and existences of the materials themselves. At the same time, the fusion of various materials constitutes the multiple sensory layers in Wensen's works.

Old rice bags have been a common theme in Wensen's creations. Regarding this item of frequent use in Chinese life, Wensen notes: 'These rice bags may have traveled all around China, which makes their roughness a characteristic of beauty.' Behind such romantic imagination is not only the natural beauty possessed by the material itself, but also the wandering journey it has completed in the human world. That said, 'wandering' is also a theme that penetrates Wensen's entire collection, as he views nature, draws from nature, and transforms natural materials into art, helping them accomplish circles of life between heaven and earth.

The Inherent Beauty of All Things

From rich materials to abstract totems, the beauty of things themselves is the source of inspiration that engages Wensen. The work Untitled (#WQI070) in Wandering is one of his personal favourites. Seven gold foil-covered lacquer pieces are arranged in a pattern of three rows and three columns, connected by lacquerware inlaid with eggshells and engraved with abstract symbols. At first glance, the viewer may consider this an ancient counting device, which symbolises a certain historical significance. But for Wensen, these symbols never have any particular cultural or historical context - these totem-style symbols carry an inherent beauty of abstraction. They are unique and free particles - self-sufficient and undecorated by any meanings.

In the work Untitled (#WQI071), Wensen petrified a rice bag with multiple layers of lacquer, while retaining the bag's basic shape and rough edges, covering the whole of it with gold foil, and finally the gray-black color rendered by graphite on the wood panel enhances the work's detail-based experience. During the creative process, Wensen managed to retain the material itself to the greatest extent and recreate it in a fossil-like way, which made the final work show a minimalist visual style - the object itself commands a beauty that that's strong enough.

With all works presented in this exhibition being 'Untitled', the absence of titles further adds to their infiniteness, broadening the space for interpretation and experience. As Wensen has said: 'When I sign a work, it means that it has been completed, but that does not mean that it belongs to me. Everyone can project any of their ideas on the work.' At Wandering, when people view Wensen's creations, what they acquire is more than an aesthetic experience of natural materials, but a focus on oneself that helps them decipher and understand of the status of the self as subject in aesthetic activities.

A Life Journey Associated with Lacquer

Culture is another tag usually found on Wensen Qi. Since moving to Chongqing, China in 2009, and devoting himself to lacquer art and related traditional Chinese culture for over a decade, Wensen's works are often understood as a fusion of Eastern and Western cultures. However, in his own eyes, this may be a misinterpretation. For Wensen, culture is such a broad and abstract term, the meaning of which he doesn't believe in accurately understanding. He has also said: 'My creative process is never related to civilisation. As an artist, I think that adding a little touch of beauty to this world is my way of making the world better.' And he encourages everyone to jump out of culture and meaning, and experience the inherent beauty found in all materials in a more innocent and direct way.

Lacquer art, as a time-honored art form, has also been receiving widespread attention in modern China. The inheritance and development of modern lacquer art, the innovation of craftmanship and the cultivation of talents have all emerged as hot topics within the art community. That's why Wensen has been invited to visit numerous renowned art schools across China, such as the Academy of Arts and Design of Tsinghua University, Sichuan Academy of Fine Arts and the Sichuan Fine Arts Institute, to give lectures on the status and development of lacquer art. With more exchanges and discussions, there is no doubt that lacquer art will embrace more possibilities in the future.

By showcasing Wensen Qi's works and artistic ideas, Galerie Dumonteil Shanghai tries to provide the public with a new perspective to approach the traditional lacquer art. Within the current field, how should traditional media undertake artistic creation in contemporary languages? Never merely taking lacquer art as a creative medium, Wensen Qi is also constantly experimenting, exploring and integrating in lacquer art, trying to convey the modernity of the spirit that the artform embeds.

Wensen Qi (b.1977 in Toulouse, France), birth name Vincent Cazeneuve, accomplished his studies at Ecole des Métiers d'Art in Revel before opening his first studio specialized in the restoration of Western and Asian lacquer wares. To acquire the full knowledge on lacquer art, Wensen moved to Chongqing, China in 2009 and committed himself to deciphering the secret of lacquer as well as the traditional Chinese culture around this particular form of art.

He gradually developed his own narratives and aesthetics from both occidental and oriental influences with his deceptively simple and yet complex language, and further explored the integration of lacquer with materials including but not limited to ramie canvas, rope, bamboos, leather, etc. Wensen also adopts various texture effects, such as lithography, relief prints and mosaic collage, rendering his artworks rich layers and tactile feelings.

Sign up to be among the first to know when new exhibitions by Wensen Qi or at Galerie Dumonteil open.