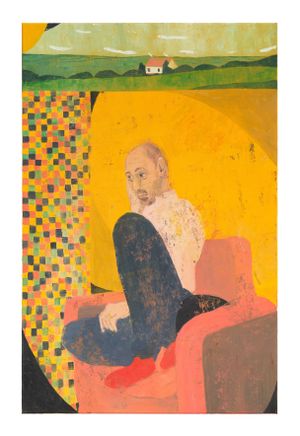 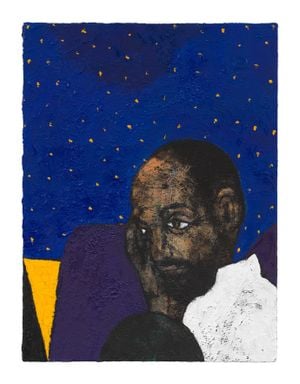 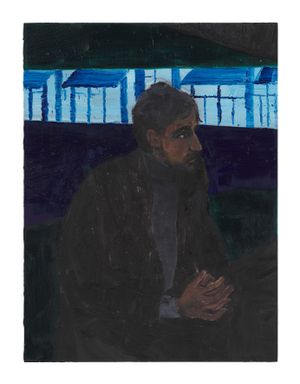 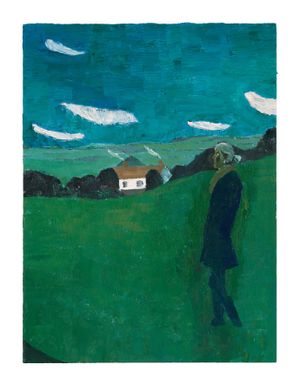 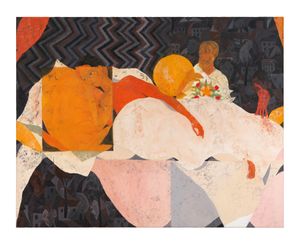 In his exhibition Close to Home at Galerie EIGEN + ART Berlin, Tom Anholt explores nothing less than the very essence of human existence. His latest works mostly feature immediate family members, through which the artist probes himself and in the process involves us, the viewers, in a refreshing way. As the meaning of home is questioned anew in our current time, those who spend their lives far away from it are particularly affected. Home becomes an abstract idea, a concept of longing that shifts in meaning due to aggravated travel conditions. In this context, turning to images is no small attempt to establish a nostalgic connection to the familiar. Images possess the inherent ability to create an imaginary and subjective space by enabling us to feel a fictitious proximity to places, objects, and people.

A sphere in which we can reach those yearned for places without tangible images is the dream, which is also a recurring theme throughout the exhibition. In the work Ada's Dream, the artist's daughter attempts to bring order to the world surrounding her, by making associations that remain incomprehensible to us as outsiders. In doing so, she blurs the boundaries between line and surface, fore- and background, and dissolves the space around her into a tapestry of memory, fantasy, and the indefinable. In the exhibition, one can repeatedly trace various links to this large-scale work; images mirror each other in terms of content and form, revealing a coherent structure that can be interpreted as the construction of a personality.

The work Babylon, which introduces and concludes the exhibition, shows a bouquet of assorted flowers arranged in a vase. However, there is more to the title than the association with a mythical place. On the one hand, the city of Babylon is an example of the "Babylonian confusion" with which, according to the Old Testament, God curtailed humankind's powers by imposing on them multiple languages. On the other hand, the city also stands for exile, which is crucial for Jewish identity. Both conditions, confusion, and isolation, currently constitute a collective feeling. Through this resulting work, Tom Anholt has found a perfect outlet to express this sentiment. In this sense, the bouquet of flowers symbolizes the beauty of what defines our existence: a multitude that becomes one.