Sean Hemmerle is an award-winning New York-based photographer whose work ranges from international conflict zones to contemporary architecture. After serving in the U.S. Army (1984–1988), he attended the University of Miami and earned an MFA from the School of Visual Arts in New York in 1997. He quickly established his reputation as a sought-after architectural and urban landscape photographer, and since 9/11 has turned his eye toward documenting the effects of war in New York, Afghanistan and Iraq. Having witnessed the World Trade Center attacks, Hemmerle felt that another response to these events was necessary. The resulting images are compassionate studies of people under attack by his own government. The project called THEM shows depictions of the citizens of the two war-torn countries in the Middle East. Each subject is portrayed frontally with no direction from the artist, allowing the individual photographed to (re)present themselves.

His conflict images span a tumultuous decade, and range from places like the World Trade Center to Kabul, Baghdad, Gaza, Juárez, and Beirut. Closer to home, Hemmerle has created award-winning photographs that reflect the pathos and poetry of the American Rust Belt. His work has been widely exhibited, including the Museum of Modern Art in New York, The Museum of Contemporary Photography in Chicago, The Pingyao Photography Festival in Pingyao, China, and many other solo exhibitions. His photographs can also be found in public and private art collections. Sean Hemmerle is also a recipient of a 2013 Graham Foundation grant for architectural photography. 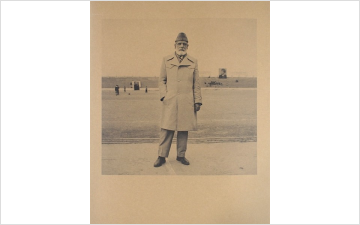