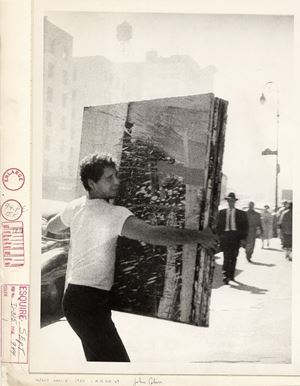 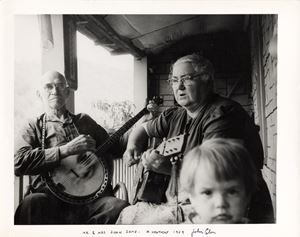 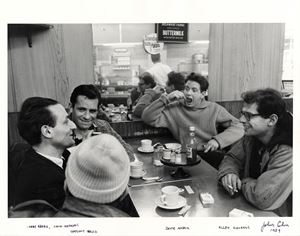 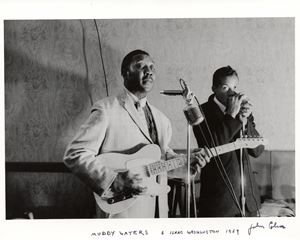 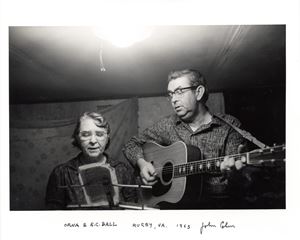 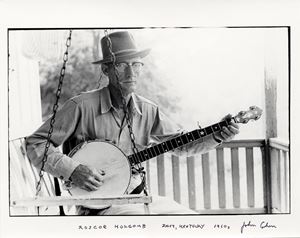 Dedication, the Noun, feminine—1a. complete abandonment to / for someone, something; 1b. great inner involvement, devotional zeal; Passion.

On the occasion of the 10th anniversary of the Galerie Julian Sander, we pay homage to the first exhibition of the gallery, which at that time was located in Bonn under the name FEROZ. Under the title Stories, the gallery displayed a series of photographs personally selected by John Cohen.

'The pictures I own, as well as the pictures I am now showing are imbued with the gentle nature that is John. He allows us to be a part of the world, which he has traveled and to see the people and places he has met, all without pretense. The intimacies of these images inform our experience is as if we were present at their making. Photographs of children playing, adults contemplating, and musicians baring their heart in the music they play. There are stories being told here.'

From the mid 1950s to the early 60s, Cohen documented some of the—now historical—moments in the emerging art world in New York: gallery happenings, the abstract expressionist scene, and Bob Dylan's arrival in the city. He also worked with legendary photographer Robert Frank during his filming for Pull My Daisy. Cohen has been greatly influential in the world of American folk music. Apart from the stories, Cohen's pictures also tell of emotions and feelings. From the devotion for something. Be it music, family, friends or art. Dedication also means enthusiasm—courage—passion—commitment—attention—devotion, but also—sacrifice—renunciation—loss and above all: love. All this can be found in the works of John Cohen.

From the clubs and bars of New York to the worn out faces of the deep south. From the avant-garde aspirations of the Beat Generation to the economic crisis in Kentucky. From gospel to folk music. From artists to farmers and miners.

Sign up to be among the first to know when new exhibitions by John Cohen or at Galerie Julian Sander open.
Sign UpLogin