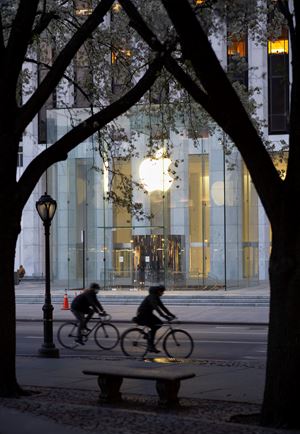 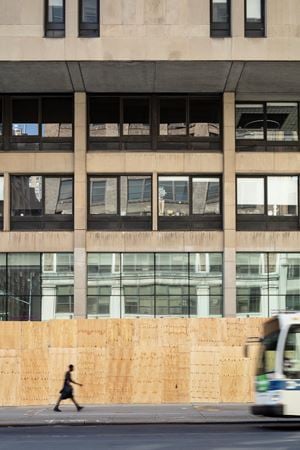 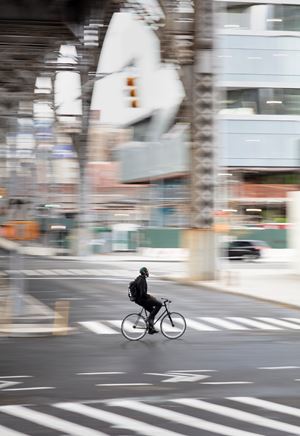 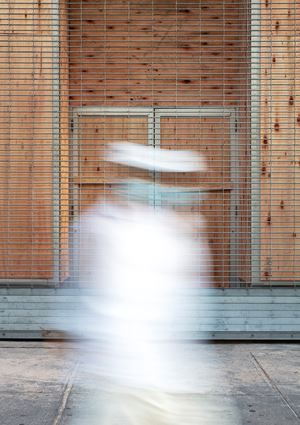 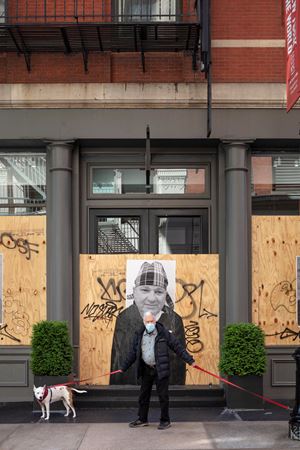 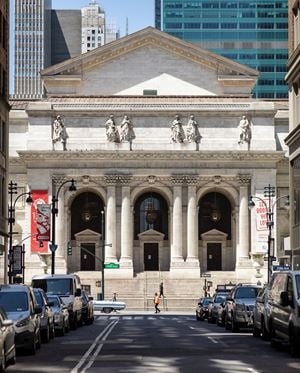 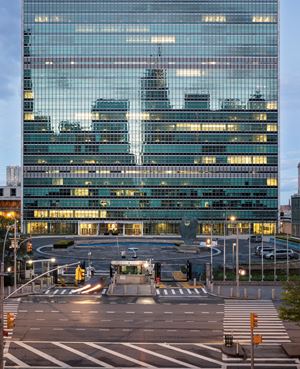 We are pleased to show a new body of work by our longest represented artist Sean Hemmerle. Originally designated to be shown during Art Cologne 2020 we are now showing this look at NYC in the gallery in Cologne.

This project is a rare look at a city that has been known as one of the busiest places on earth. Usually it is teaming with people who are bustling about on the street and going about their lives in a form of social dance that could be called peaceful anarchy.

Sean Hemmerle took the extraordinary opportunity to capture aspects of the city mostly devoid of the usual masses. He has captured a serene view of the city, the stage devoid of its actors. This is a beautiful rendering which we welcome you to come and see in the gallery, albeit individually.

I became an artist on the streets of New York, photographing Manhattan, Uptown, Downtown, searching the shadows cast from Frank's photos and Ginsberg's poems. I entered this era near its golden apex, via the Holland Tunnel, at the end of the twentieth century, intent to carve a space for myself. Prowling the streets with camera in hand, obsessively snatching up fractions of seconds in service of the unwritten meta-narrative, I was determined to capture the gilded moment or at least some evidence of its passing.

Twenty-five years later: New York at a rare moment of shrinkage and humility, interiors empty and more grand, a city in mourning, a spectre of its former self. Every night, a public funeral, solitary figures applauding and weeping at the curb. Every morning sparrow and starling choruses louder than before, as gridlock silently vanishes.

At least 24,000 New Yorkers have been taken by COVID since March, but those numbers are surely undercounted, as many choose to die at home, rather than isolated in overburdened hospitals bursting from the virus. Exhausted hazmat morgue workers stack bagged bodies in cargo containers.

New York is in mourning, but maintains its humour and grit. A cop waves his arm at the entirety of Wall Street and says, 'free parking.' The City swells with a dark sense of purpose and ambition, as if pausing between premieres. For now, bicycles and pedestrians rule the roadways, storefronts are boarded, and we gather anxiously, at a distance, faces covered.

I find myself longing for the loud, overbearing, raw spectacle of this place. I miss walking Canal Street with a folded slice of pizza, dodging tourists, palming my camera, slipping through closing doors of the Q train with thousands of others, moshing on a communal tightrope. I miss the rumble beneath my feet and the ubiquity of proudly parading peacocks. I miss the unwashed, bare-bulb brilliance of conversations stretching long past last call.

I set up my tripod on Fifth Avenue before dawn, watching shadows emerge like phantoms, stretching light with time. My city recently removed comes quietly into focus.

Sign up to be among the first to know when new exhibitions by Sean Hemmerle or at Galerie Julian Sander open.