To describe Buddhadev Mukherjee's modest-sized lone man (or single creature) compositions in words is an interesting and telling exercise. The translations share the curious qualities of translated Haikus or transliterated proverbs from a foreign language. They walk the line between hilarity and profundity and the cultural contexts they are created under seem both vaguely familiar and faintly exotic.

Buddhadev Mukherjee's lines are almost imperceptibly weighted. While his earlier schooling in Santiniketan and continuing interest has been in Painting, his official studenthood of Graphic Arts at the Faculty of Fine Arts in Baroda, did leave a permanent impression on his visual vocabulary. It first fragmented and then slowly condensed and streamlined the materality of his paintings. Later, the time spent at the China Academy of Art in Hangzhou on government scholarship, gave him the freedom to encounter the traditional Chinese arts on his own terms which has led to the great fluidity of his line, and the penchant for minute variations on a single theme. It would be interesting to note here that spirits of Chinese and Japanese visual arts had historically been imbibed into the ideals of his previous alma mater, Kala Bhavan in Santiniketan, which had already been imparted to him.

To Jana Samudra (Sea of Humanity, 228.6 × 365.8 cm, 2014, on view), which is a vast space obsessively filled with tiny human figures, henna-coloured, the drawings of isolated men are a striking contrast. But the identity crisis the tiny men suffer is also shared by the meticulously drawn and appendaged (besides various objects, they often have whole animals or bird bits collaged on) men in Buddhadev Mukherjee's suite of drawings. The recurring figure with side-parted hair and apple-blushed cheeks seems to be performing very many functions with deadpan seriousness. Here bathing with slithering snakes falling off along with the waste water, there napping with a train of ducks on his chest, yet everywhere looking sombre and resigned to his fate. Even figures which look clearly older and different, come across as disguises of this lone performer. It's cavalier to identify this performer as either the artist or the viewer but it definitely reminds us of the everyday bizarreness we willingly have to submit ourselves to, without any recourse of escape. 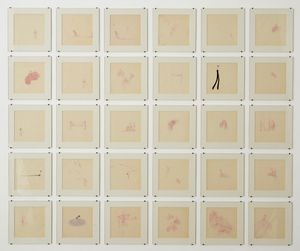 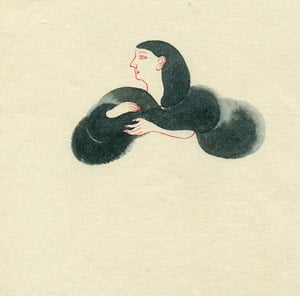 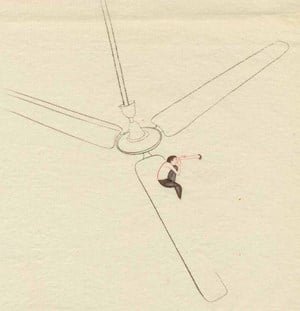 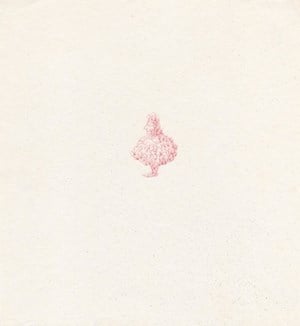 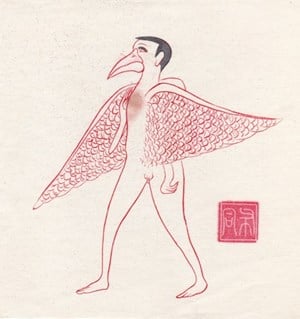 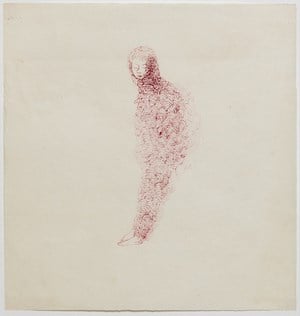 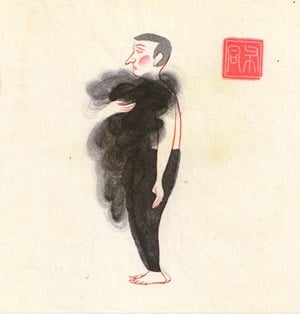 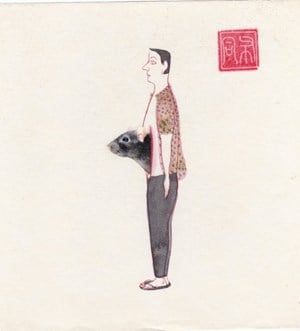