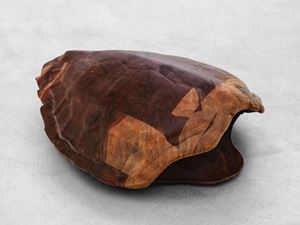 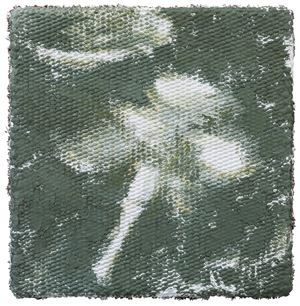 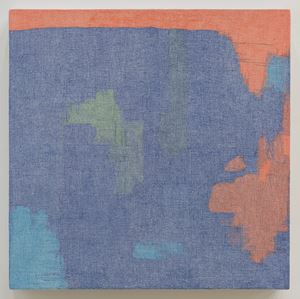 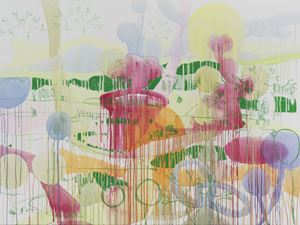 Galerie Urs Meile is pleased to announce it's participation in Artissima 2019. Our presentation will focus on a selection of new works by emerging and established contemporary artists. The presentation will include works by Marion Baruch, Mirko Baselgia, Cao Yu, Hu Qingyan, Li Gang, Tobias Rehberger and Rebekka Steiger.

Cao Yu's (*1988, lives and works in Beijing, China) highly experimental works span a large array of media such as photography, video, painting, sculpture, installation and performance. The artist uses various languages and striking visual forms to carry out different views on questions such as the perception of the body, identity issues, intentionality, and what it means to experiment a work of art as an artist or as a viewer, probing the complex relationships between art, meaning and reality. In 2018, Cao Yu has been awarded Young Artist of the Year at the 12th Award of Art China. Cao Yu is showing works from the canvas series, where the artist traced all of the vertical and horizontal lines of the canvas with a marking pen. The resulting picture is not an image of anything other than the canvas itself. The image is actually a hybrid of surreal and abstract. The painting becomes the often overlooked canvas, the canvas becomes the centre of attention, and the act of depiction itself becomes the perception and pursuit of the material.

Marion Baruch (*1929, lives and works in Gallarate, Italy) is a conceptual artist with a deep interest in timely societal issues. Thus her oeuvre is not only based on formal considerations, but also on political questions. From 1990 to 2010, Marion Baruch also worked under the pseudonym Name Diffusion. In her research, Baruch explores the theme of the empty and the void. She was and still is just as interested in what is not visible as well as what is obvious. Over the decades, she has created small objects, large installations in public spaces, small events and extensive social projects. At first glance, it is not easy to identify the similarities between the various groups of works, but all of them are based on Baruch's fundamental interest in our society. Even today, as Baruch returned to Italy to work with fabric remnants from the prêt-à-porter clothing industry, she is still interested in the social issues behind production processes and our use of resources. We will present new works from her textile series at this year's Artissima.

Hu Qingyan (*1982 in Weifang, China) follows a conceptual approach in his understanding of sculpture. He has a strong interest in 'intermediality', and combines the medium of sculpture with others, such as photography, performance, video, or painting. At Artissima we will show Hu Qingyan's Cloud-2012 (marble, 45 x 96 x 55 cm)–a very poetic work executed in Chinese marble.

Mirko Baselgia (*1982 lives and works in Lain, Switzerland) observes the dynamics and structures that shape our world in order to redefine them in a personal and intriguing way. Many of his works are directly inspired by natural structures that have been reworked in an unexpected medium, giving it a new aesthetic value. This is the case of the series of sculptures 'Tartaruga' (2018, bubinga, 24.5 x 77.5 x 65 cm), wooden reproductions of real turtle shells like the ones preserved in a natural history museums. Of variable dimensions, they are made of seven different African wood species, and are empty. The artist imagined them as metaphors for the thousands of human beings who lost their lives in the Mediterranean Sea these last years. Drawing a parallel between the current environmental issues, the overfishing threatening the turtles' life and the tragedy of the current migrant crisis, the artist raises moral and ethical questions, and suggests the necessity to find more humanistic and effective solutions. Philosophical and existential reflections are combined with craftsmanship and scientific knowledge to create poetic and evocative works. The connection between visible and invisible, real and imaginary as well as the artist's interest in material transformation processes are recurring motifs in his artistic practice.

Li Gang (*1986 in Dali, Yunnan Province, China) studied painting, but went on to experiment with a wide range of media and materials. All his works share a common interest in the concept of transformation. His recent endeavour in painting consists of coarse canvases, handmade out of hempstring, on which he paints magnified details. We will show the painting Enthusiasm for Vegetarian Diet (2018, oil on handmade canvas, 145 x 140 cm). This work is based on previous oil sketches. The sketches aim to record the basic intentions and thoughts in the most familiar way. They are full of possibilities for further exploration. Through this medium, the artist goes further with his exploration of the specific language of oil painting.

Rebekka Steiger (*1993, lives and works in Beijng) engages herself intensively in painting. For her large-scale and colourful paintings, she takes inspiration from old books and photographs. She condenses her subjects into paintings of ambivalent mood and great expressiveness in her dynamic style. The repeated application of layers of colour in a process embracing serendipity characterises her artistic approach, always readily confronting the unknown and the unexpected. Her abundant visual knowledge is then put into practice in a subtle and playful manner. While superimposing layer upon layer of colour, Steiger's paintings become abstract and culminate in works of great ambivalence and enormous intensity. Her works appeal to us for their intensive colourfulness deriving from the young artist's strong interest in emotionality and the atmospheric painting.

Tobias Rehberger (*1966, Esslingen, Germany) lives and works in Frankfurt am Main, where he studied from 1987 to 1992 with Thomas Bayerle and Martin Kippenberger at the Städelschule, where he has been Professor of Sculpture since 2001. With numerous museum and gallery exhibitions worldwide, he is known internationally as an important figure in the field of conceptual art. His sculptures are at the crossroads between architecture, design, fashion, advertising and sociology, conferring a contemporary dimension to the modernist project of creating both functional and beautiful objects. 'Infections' is an ongoing series of Velcro tape lamps that started in 2002 and continues to this day. Rehberger exhibits them both individually and in groups. They are originally produced by various people (like friend or assistants) as prototypes and the artist then alters their shape, although he does not add any materials to the original lamps.