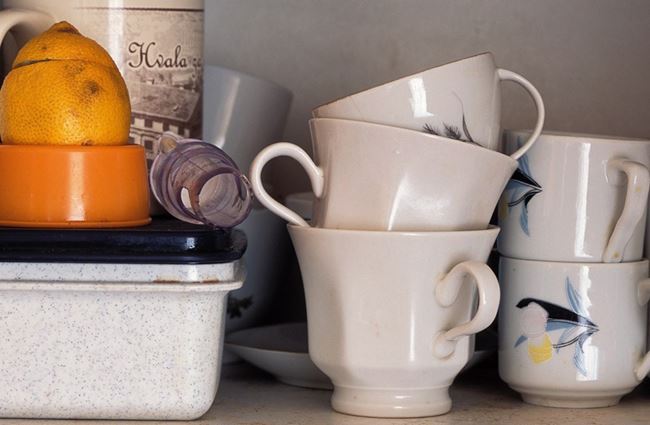 Giclee print. +9.5% DDV/VAT, edition 10
17.2 x 26.5 cm
6 3/4 x 10 7/16 inches
Boštjan photographed his grandmother's flat slowly and systematically, without any interventions on his own part. First I was interested in the details - he says - later, I moved away with the camera as though she herself was moving away, her closeness moving away, too. He strived to capture various objects, things placed just as they had been left by his grandmother. All the objects had the same importance for him, they all created her image. Courtesy Galerija Fotografija.