One Way to Fight Climate Change 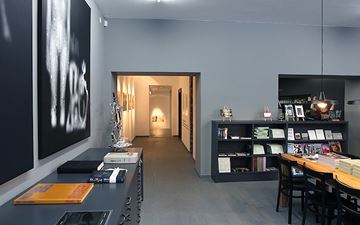 Each April, we celebrate International Earth Day to pay hommage to our planet and remind each other that there are ways to take better care of it. As part of this tradition, this viewing room presentation is dedicated to the work of two Slovenian photographers who travel all over the world to photograph our planet's most remote spaces in their search for and the truth about climate change.

Matjaž Krivic and Ciril Jazbec both received the prestigious World Press Photo award for their work - Krivic in 2016 for his series Digging the Future, Jazbec in 2021 for his project One Way to Fight Climate Change: Make Your Own Glaciers.

Matjaž Krivic's newest series Plan B: How not to lose hope in the times of climate crisis, is dealing with alternative ways to combat global warming. All around the globe people are refusing to accept the dismal future of an overheated planet. His story is about the trailblazers of sustainable energy and how they are transforming their own societies and inspiring others to follow suit. Four years ago award-winning journalist Boštjan Videmšek and Matjaž Krivic decided to start a new project focusing on world's climate crisis–on our fight against the horrible consequences of human-made climate crisis as the most important, crucial frontline of humanity; of our time. After an extensive research, they started their long journey, looking for the best community-driven solutions around the world.

Instead of repeating figures and spewing forth yet more apocalyptic forecasts, we decided to highlight the communities and individuals who are bravely taking on the calamity. It is high time to add them all up, the members of the homo sapiens true elite who have chosen not to be swept away in the tide of indifference and arrogance, the visionary women and men who are not banking on miraculous salvation from elsewhere. From Tilos, the first energy self-sufficient island in the Mediterranean, to the geothermal and thoroughly future-oriented Iceland. From the promising sea-power developments on the Orkney Islands in the north-east of Scotland where surplus energy is already being converted into 'green' hydrogen, to the biomass-centred Austrian townlet of Güssing, whose inhabitants took the progressive route as far back as a quarter of a century ago, and who have by now managed to reinvent themselves as a key hub for the development and production of renewable-energy technology.

In the last decades, the communities in the Himalayan mountains of the Ladakh region in India have started to become climate refugees forced to abandon their valleys due to water issues. The Himalayan glaciers have been receding and water scarcity has never been so dire. A few years ago, the ingenuity of Sonam Wangchuk, a Ladakhi engineer and innovator, brought about a beacon of hope. In 2015, he prototyped ice stupas, artificial glaciers resembling Tibetan religious stupas that store winter meltwater and slowly release it for the growing season in spring, when water is most needed. At the inauguration of the project in 2015, roughly 1,000 villagers planted 5,300 saplings of willow and poplar trees using melted water from the ice stupas. The desert became cultivated land. In the years that followed numerous villages in Ladakhi region started to build ice stupas every winter. In winter in 2019 several valleys built their own ice stupas.

In the eyes of the Wangchuk, the founder of the Ice Stupa International, the ice stupas should not be considered as a solution to the challenge. In his view, they stand for a final attempt of the Himalayan mountain communities to fight climate change. The real solution, in his opinion, lies in the responsibility of the nations' governments and people living in urban areas that should adopt environmentally-friendly lifestyles to reduce emissions. Jazbec has been following Wangchuk and his team's efforts almost from the start. As a documentary photographer, he soon understood the importance of the visual representation of this story. In 2018 and 2019 he visited the region to document the incredible scale and impact of the Ice Stupa movement.

His previous project titled On Thin Ice was shot in the remote villages of Northern Greenland. In this exploration, Jazbec spent most of his time in the Saatut village with only 250 inhabitants but over 500 dogs. One of the main characters of the story is Unnartoq, one of the last remaining people sticking to tradition and living as subsistence hunters. Jazbec doesn't speak Unnartoq's language, so hand gestures and honesty became an even more important factor of communication than usual. For a European, the conditions in Greenland are extreme; low temperatures require one to be exceptionally strong-willed, and will to live is what has always driven the traditional hunters to survive. However, the daily life of these hunters is changing due to climate change, unpredictable weather, higher temperatures, and the resulting thin ice. Jazbec turns his lens towards sustainability and changes made in nature by mankind. In our striving for wealth and development, we have fatally damaged human life and its course on the blue planet. 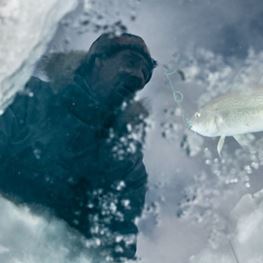